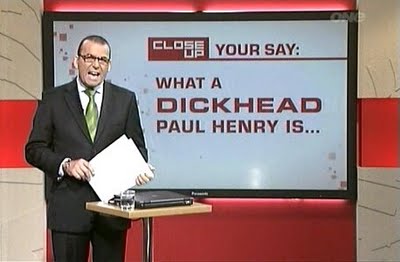 When a failed Australian TV flop who got sacked from the State Broadcaster for jaw dropping racism after a long history of vilifying every minority in the country is the new news mouthpiece 5 nights a week for the National Party on TV3, you appreciate how lost we’ve become.

We desperately need Public Broadcasting. With this sort of pap being force fed to the masses, no wonder citizens are braindead consumers and Key rides high in the polls.