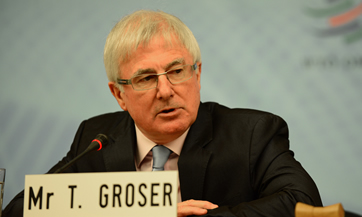 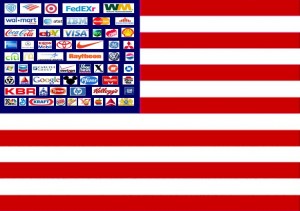 When the Dominion Post calls on the government to release the draft text of the Trans-Pacific Partnership Agreement, you know the tide is turning.

The government knows it too. Until now Key and Groser have delivered slick platitudes of ‘trust us’, insisted that negotiations can only be conducted in secret, and arrogantly dismissed the legitimate concerns of mainstream groups.

They will have got a shock in the last three weeks. Opposition to the secrecy of the negotiations has gathered real momentum following the launch of the celebrity video that supports the petition to release the text. Over 10,000 people have signed within three weeks – and if you haven’t, do so now at itsnotright.org.nz.

Labour is no longer a guaranteed ally. David Cunliffe reiterated on The Nation that the Party needs to see what’s in the draft TPPA before taking a position. There will be a lot of pressure to take a more explicitly critical position. The unprecedented oppositional stance of the Council of Trade Unions, that “This Conference … opposes the Trans-Pacific Partnership Agreement” can be expected to flow through to the Labour Party conference in November.

Winston Peters is on the warpath as well. In a press release he called for the government to release details ‘so that the public can see what rights the Government is giving away’.

A series of parliamentary questions asked if Key had briefed Cabinet and intends to brief other MPs in government and Parliament. Key replied that Groser regularly briefs the Cabinet, but apparently not even the government’s own backbenchers! Parliament, the country’s ultimate law making body, would just have to wait: ‘In fullness of time when deal is concluded that government wants to sign, that will go through required parliamentary process’.

What probably worries the government more is that these sentiments have now flowed through into the mainstream media.

A DomPost editorial headed Hidden trade agendas are a worry said “Mr Key says he is now eager to show the public what a good deal he has negotiated. Nobody should accept these assurances until the politicians reveal the fine print.”

Vernon Small in the same paper claims that critics go too far in opposition to the deal, “but they are right to slam the wall of secrecy the Government has erected around the negotiations.” Small stopped short of supporting release of the full negotiating text, but suggested “a run down of the major sticking points and the sort of trade-offs New Zealand may have to make.”

Suddenly, the government has launched a charm offensive. Groser has pushed the line that New Zealand can’t afford to stay out of a deal that will include the US and Japan and could ultimately morph into a regional economic integration agreement across the Asia Pacific. He is even spinning China’s subtle trashing of the TPPA, and its suggestions that APEC (which it chairs next year) should oversee the competing negotiations, as proof that everyone now supports a mega deal.

The government has also belatedly begun to woo Parliament. All MPs have been invited to a briefing by the chief TPPA negotiator at the Foreign Affairs Defence and Trade select committee this Wednesday.

Incredibly, CTU President Helen Kelly has also been invited to speak to the petition that she presented to Parliament on behalf of sixteen groups in April 2011. The petition called for an urgent hearing! Parliament should resolve that all documents tabled by the New Zealand government should be put simultaneously on its website. New Zealand should propose to all the other parties that they release the chapter texts as each is completed. And much more.

Clearly the government doesn’t intend to agree to these demands – just for the select committee to go through the farcical motions of hearing the demands two years on! Presumably this was the government’s idea, given that Labour’s Maryan Street had previously presented the submission. But Phil Goff may well cite it as evidence of a ‘reasonable’ approach that maintains the secrecy of the negotiations, as it has done twice already this month in the media.

We can expect more invitations to briefings for ‘civil society’, the Internet community, sceptical businesses, media and MPs. The test will be whether chief negotiator David Walker is capable of anything more than the stonewalling he’s delivered to date and bring himself to release some genuine information on the government’s position and the state of negotiations.

Even if he can, the government still faces an insuperable problem: the tangible risks vastly outweigh and putative benefits. A new set of briefing papers on itsourfuture.org.nz reveals how a TPPA would tie the hands of future governments on ten key issues that will confront Aotearoa New Zealand over the next decade. Many of these are important policy platforms for opposition parties. Backing off the current levels of concern and demands to disclose the draft texts would be a high-risk strategy in an election year.