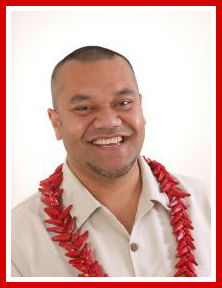 Much of the commentary in relation to the recent Local Body elections has focussed on low voter turnout, ways to improve voter engagement and a couple of marginal seats that swung either way. These stories were pushed to the side when the media got excited over the Len Brown affair, which is nothing more than an ugly, smear campaign. Just a note while on the issues of the Brown affair: I agree with the comments of Rev Unasa on the reaction of Pasifika communities. Many are feeling betrayed by the Mayor but stand by him during this tumultuous time. Most of the people I’ve spoken to from youth groups and church have said that their hearts are towards his wife and children at this time, unlike the insatiable media appetite to dig more dirt on the matter. Unasa said that the healing for Mayor and Pasifika communities would take place as he delivered on the much needed support required for our poorest families and in time, made face to face connections in the community.

That aside, the big story for me around Local Body elections was the emergence of young, Pasifika leaders many of whom stood under the banner of the Labour Party. Lotu Fuli, Apulu Reece Autagavaia, Rev Obed Unasa, Ruby Manukia-Schaumkel and myself are just a few of the new people to have been elected to a local board and the Counties Manukau DHB. There are a host of others who have been returned to their local boards but I’ve been seriously encouraged by the number of young, Pasifika leaders who are stepping up. All of these people are (relatively) young and highly educated, but what’s more important than that to me is that they can bridge the gap between our parents generation and western society.

Labour needs Pasifika people who can do this. We need negotiators who can speak their heritage languages (whatever the level of proficiency) who are grounded and understand heritage cultures – the place of the church, respect for our elders, understanding the role of high chiefs: people who can move with some degree of ease between multiple worlds. This is not an easy task. In fact it is extremely difficult requiring cultural sensitivity, tact and maturity. But the fact is it’s needed and the Labour Party will be better off because it has the likes of these emerging leaders and others in its rank to build strength within the Party. And for the critics amongst us – I haven’t forgotten what I’ve said to and of the Labour Party when I wasn’t a member. If Labour is to be the Party Pasifika people call home, then the voices, leaders and views of our parents’ generations and our emerging leaders needs to be heard. The Local Body election results give us this very clear message.

Finally and on a personal level I want to thank the people of Otara who elected me to the Otara-Papatoetoe Local Board. I too got a very clear message from the many people I met at churches, on the streets, at the flea market and in their homes. That while they were interested in the policies we were advancing their message to me was clear: you’re from Otara, so speak up for us. And one very nice but quite cheeky woman quoted a recent blog I had written on this site and said that I now had the chance to prove that I wasn’t one of those politicians who turned up on time, every 3 years to “scab for her vote”.