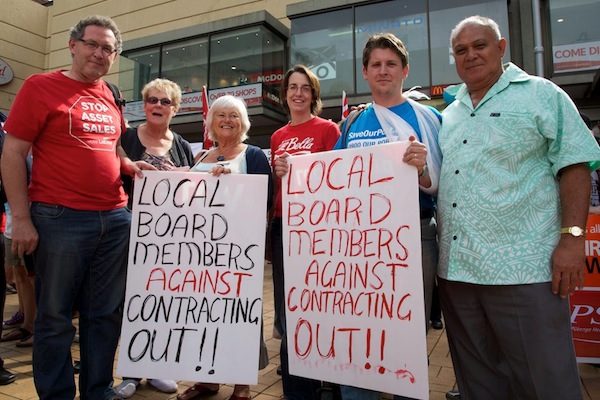 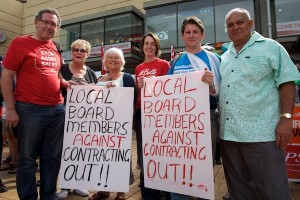 NB:  I had this post half written in my head before yesterday’s news about Auckland’s mayor’s private life broke.  While that event has undoubtedly influenced the final shape of this it didn’t inspire it.

Political life is hard and easy, simple and complex.  It is all of this at different times for different people, and sometimes several contradictory things all at once.

The hardest day, for me anyway, is often election day.  Often you have an inkling, or a strong indication, of how things will go, but you really just can’t be sure.  Numerous scenarios play through the mind, from worst to best, but personally I will turn away from best because I don’t want to get my hopes up.  Makes it quite a depressing day!

My most recent experience of an election day was on Saturday 12th October this year.  I’m really struggling to accept that was only four days ago.

And we won, I’m really struggling to assimilate that change in my life too.  On the Puketapapa Local Board (Mt Roskill) the centre-left went from two out of six to four out of six, breaking over six decades of domination by the centre-right and small c conservatives.  It’s a strange feeling to know we’ve finally broken through, in one of the safest of safe Labour seats, and inspired a change in local government for Roskill.  Relief, hope, fatigue, excitement, an energetic attention to detail.  But at first, and in continuing flashes, grief too.

Because while I won lots of people lost.  And among those who lost were many good people, who would have been amazing councillors or local board members or mayors or whatevers, and others who I may have thought would do a crap job but will nonetheless be feeling dejected and rejected, depressed and suppressed.  Close to home a fellow candidate who has become a good friend over recent years was, quite inexplicably, amongst those who didn’t make it, while the incumbent chair of the Board I’m on, a very decent person with wonderful ideas around transport and social justice (despite being on the other side politically) was unsuccessful.  Holding a workshop without him today was really odd and a bit flat.

I wrote this in 2008 about how it feels to lose.  I’ve lost a bit, although really only once when it was a total shock and devastated me.  But you never forget.  Whenever someone says to me “I can’t believe Politician was so worried about winning, they always win by a mile and they just did it again” I always ask “Has Politician ever lost their seat?”  The answer is invariably yes; it changes you, probably in a good way in that you know what it is like to lose, you don’t take winning for granted, and you develop some compassion for those who lose because you won.

Don’t be too hard on us, and on what we do after an election loss.  We live political lives, that are hard and easy, simple and complex.  We are owned by the public and discarded by them too.  We’re human beings, just with votes instead of oxygen some of the time.