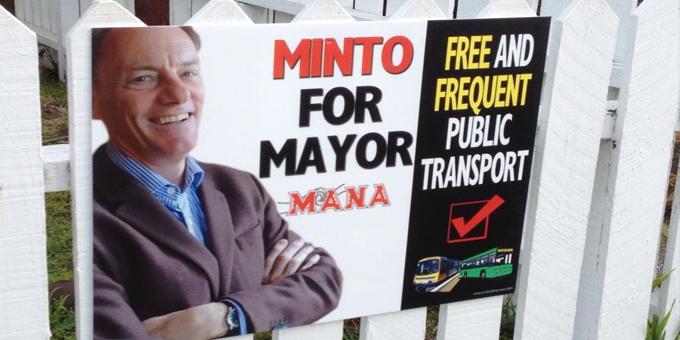 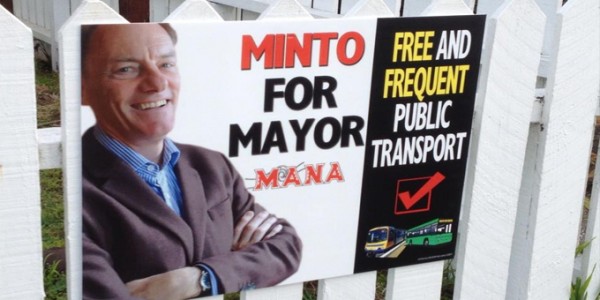 Given the very low voter turnout and the lack of media coverage I was pleased with the 10,000+ votes for myself in the Auckland mayoral race and delighted with the very strong showing for Mana candidates in Mangere particularly where we focused our local efforts.

In the mayoral contest the biggest issue was not so much lack of voter interest but lack of media interest. From the outset the perceived wisdom was that Len Brown was a shoo-in for mayor and the only interest was in how close his ordained right-wing challenger John Palino would get.

The only media to give any serious coverage of the issues and contenders were the New Zealand Herald and Radio New Zealand. Unfortunately the great mass of voters in West and South Auckland in particular – those most likely to support our Mana campaign policies – do not read the Herald and prefer commercial radio to Radio New Zealand. To get these people seriously engaged would take a large budget well outside the modest means of our campaign.

So what about TV? A few weeks back I commented that it looked like the only television coverage of the mayoral election campaign would be the advertisements of Len Brown and John Palino and so it proved to be – aside from the obligatory and extensive coverage of Len Brown in his role as incumbent mayor. Plenty of “smile and wave” opportunities for the cheery corporate chap.

In national elections there is modest funding for smaller parties for television advertisements which recognizes that the practice of democracy is served when all parties get the chance to have their message heard across the country. The Auckland mayoralty, arguably the second most important elected position in New Zealand, justifies a similar opportunity for the mayoral candidates to present their case. With one and a half million voters it should not be left to big budget, corporate-funded campaigns as the sole means to realistically communicate with voters.

For Mana our real success was in Mangere where our candidate team performed really well gaining three to four thousand votes each against the local Labour candidates who typically gained 12 to 15 thousand. Translating that into a national election could mean many Mana MPs in parliament next year. For us it was a case of a strong candidate team, a lot of active work out canvassing and leafleting and the Mana-led campaign to stop Auckland Transport’s proposal for a big motorway to carve its way through Mangere and Otahuhu.

The anti-motorway campaign, which is on-going, led to the two biggest election meetings of the entire local body campaign. Both meetings were ignored by the media…

Compare that with a much more modestly attended mayoral candidate meeting in St Heliers to discuss the unitary plan which attracted a strong media presence and we start to see the struggle of low-income communities getting their voices heard and their issues aired.

The campaign against the road forced Len Brown to come out and oppose the destruction of hundreds of homes and three schools along the way. After prevaricating for two weeks Len Brown finally said he opposed Option 4 (the motorway through Mangere and Otahuhu) and it wouldn’t get past his desk if he is re-elected…

As well as the opportunity to get big bold policies out before the public Mana’s campaign also helped push Len Brown to the left more generally. For example before the campaign Brown told union representatives he would not support the living wage campaign but would look at it after the election. However relentless pressure from Mana alongside the marvelous series of Living Wage Campaign meetings for candidates meant the Mayor was required to commit before the election. His support is full of conditions – see previous blog – but is there nonetheless.

It was a good campaign from Mana and set a sound base for the national election in 2014.