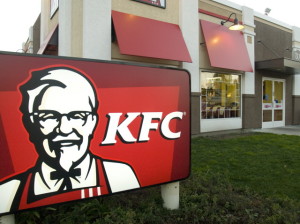 As a person with a disability I was incredibly disheartened to hear about the ridiculous policy that allows KFC to sack someone on the basis of his or her disability. It’s a clear reminder of the structural discrimination that is in full swing in our society and how far we still have to go to eradicate it.

It’s not just ability that employers discriminate on the basis of, but also ethnicity and gender. How many times have we heard stories of someone being denied a job interview because they had an Asian name, and then once they submit the exact same CV with an English name it has the opposite effect?

I’m really glad that Tanya got her job back. Its proof of the things we, as a society can get done and how far we can go if we band together for the betterment of our future. But the fact remains that initially, this never should have even happened. The disabled community is still one of the most financially disadvantaged, and there’s a reason for that. Some, not all, but some employers just don’t want to deal with the extra drama that goes alongside hiring someone with extra needs, not even if they bring a unique and valuable perspective to the table. It is hard enough finding decent employment these days. Imagine how much harder it is when you roll yourself into a job interview and the initial reaction of the employer is that of dread. It’s a hard reaction to ignore, especially when you’re already nervous. Your full time employment opportunities are even further diminished.

The other reason is that disability rights are not something on everyone’s radar. I really hope that the actions taken by KFC are the catalyst we need for progressive change in the workplace.