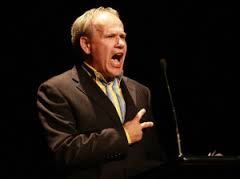 35% turn out in Auckland – apathy would’ve been the winner on the day, but it stayed home.

Firstly, congrats to The Daily Blog bloggers, Efeso Collins, Julie Fairey, Penny Hulse and Aaron Hawkins for winning, and congrats to John Minto for managing to run a Mayoral campaign on a fraction of the budget of the big guys.

Len Brown ho-hummed his way to victory, promoting a City Rail Link that even if fully funded will actually see traffic jams worse by 2030, the winner seems to be apathy and the Auckland Union voter sheet guide which saw many of their candidates win election. 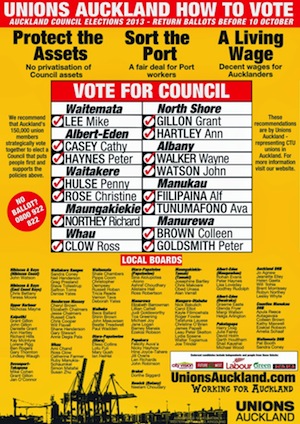 While the win by the Greens and the progressives should be a source of great joy for us all, the sickly turn out in Auckland is not good for the state of local democracy.

Talking to many Aucklanders about why they didn’t vote and the answer that came back was a resounding feeling that they simply weren’t equipped enough to know who to vote for. When who mows the lawn managed to be the lead political discussion, many decided to avoid casting a blind vote.

Online voting which is being touted by some as the cure all won’t help this lack of knowledge of candidates and the issues they are campaigning on, the total absence of decent media coverage is the problem, not being able to click a button for conveniance.

Leave aside the issues of hacking these online systems and the ease with which results could be manipulated and what we now know about the scope of NSA spying, citizens don’t believe they know enough to cast a vote. The solution I think lies in regional TV.

Face TV is due to lose it’s free to air signal at the end of November. The Ministry of Culture & Heritage is supposed to ensure freeview frequencies are available for regional TV to move to, sadly however Kordia have sold all the remaining channels to business interests. How Kordia have managed to kill off regional TV without so much as a whimper in the news is just another example of the lack of critical media in NZ. If we want Aucklanders to have a better understanding of the issues and local politics, the SuperCity should…

1: Ensure Face TV has a free to air signal in Auckland on Freeview
2: Pay to film their council meetings and pay to have shows where the local counsellors are quizzed and challenged on the issues of the day.

A local Government quiz asking why people didn’t participate found 31% saying they didn’t know enough about the candidate. This lack of participation is the direct result of Aucklanders having no idea what any of the candidates are running for.

If Aucklanders have no idea of who and what to vote for, it’s the responsibility of the SuperCity to do more than pay lip service to local democracy, they have to invest in the existing media infrastructure to promote it.

Pushing ahead with easily hacked online platforms while keeping voters in the dark isn’t a solution.