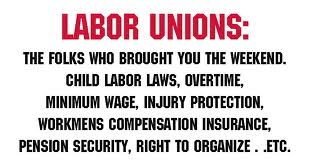 The CTU conference this week has highlighted the dangers of insecure work to the health and well-being of working people.

A major report released at the conference estimated that at least 30% of jobs in New Zaland fit into the category of “insecure” but the number could be over 50%.

Insecure work affects those most who are already victims of discrimination and marginalisation and reinforces the inequalities that exist.

I want to give a few examples from my own work as a union official for how this plays out in practice. The example I want to use is the SkyCity casino which is the largest private sector employer in Auckland with 3000 staff.

The casino and convention centre is a legalised money-printing operation. Profits are virtually guaranteed. It operates on a 24/7 basis all year round and doesn’t have significant seasonal fluctuation. Management know pretty well how many people customers they will have at any particular time of the day or month of the year. They can work out staffing needs pretty accurately as a result.

Despite that reality 2/3 of all staff are employed are on part-time contracts that guarantee only 8 hours of work a week.

Even core departments like Gaming Macines have been “restructured” from a 2/3 full-time to 1/3 part time basis to exactly the opposite. In another core department Table Games all new employees are given part-time status and very few have been allowed to go full-time over the last few years.

As a “part-time” worker it is very hard to assert your rights when your hours can be rostered down at management’s whim.

The excessive use of part time status is nothing about flexibility. They could easily run these departments with mostly full-time staff. What they get is a submissive workforce to scared to answer back. It is much harder to get part time staff to join a union as well – for
the obvious reasons.

Despite the easy money and big profits being made at the casino it is actually a very poor payer – even by NZ’ low wage standards. The start rate in most jobs is barely above the minimum wage and even skilled positions like Table Games dealers are way behind their international colleagues.

I’ll give a couple of examples of just how mean this company has been in its drive for “flexibility” in order to squeeze the last dollar out of its workers.

In the Hotel housekeeping departments nearly all staff are deemed to be part-time. In the past they used to have 8 hour shifts each day. A few years ago the company told all the housekeepers they would be working shifts of anywhere between 4 and 8 hours. There was no
discussion. The company just said they only have to guarantee 8 hours a week not 8 hours a day under the contract.

The workers were upset. Most travelled long distances from South and West Auckland. They told me they had been promised 8 hour shifts when they started. I managed to discover that about half of them had appointment letters saying that they would get the 8-hour shifts. We got about $15000 in back pay for them and a guarantee that the 8 hour shifts would continue. There was a veiled threat from their HR that those workers who didn’t accept the reduced shifts would not be rostered as often which we had to push back on as well. I assume that since then all new staff have been given appointment letters with only the 8 hour a week guarantee and they now have the flexibility they wanted. Meanwhile near minimum wage women are being forced to spend an hour of their pay to travel to and from the casino each day.

Table Games dealers used to get a months training full-time on pay before qualifying to go on the floor. The company changed this to two-weeks unpaid training plus 150 hours dealing on the floor in a part time role for the minimum wage before they “qualify” as dealers and can get the full rate. But they all remain “part-time”.

Nearly all staff in the Conventions Centre were deemed to be casual employees with no rights to overtime, annual leave, lieu-days for working public holidays. Workers would be sent home without pay for the tiniest infraction. This was actually all a legal fiction they were being treated in a way that failed the legal test for being a casual employee. They were being rostered in advance and told they had no right to refuse work on certain days. Many of them had worked continuously for up to four years. When we tried to challenge what the company was doing they simply lied, stalled for time, reneged on deals and hoped the issue would go away. Eventually (after nearly two years of wrangling) we did get a settlement for the workers that cost the company around $150,000 and created a new more secure legal status for these workers.

Unite also represent workers in the fast food industry. Generally there are no guaranteed hours in these collective agreements. Again workers are often already vulnerable because they are either young, migrant, Maori, Pacifica and female. Many are subject to bullying and
harassment from managers abusing their control over the rostered hours of their crew. We have put some controls over rostering in the collective agreements we have negotiated but it is not enough. We need to move from what we have called “secure hours” to our goal of “guaranteed hours”.

What we learn from all this is that companies will do whatever they can to shift all of the risks of their business onto the workers. They want to hire and fire at will. They want to increase or reduce (or increase) your hours at will. They want you willing to do the unpleasant or dangerous work without complaint. But workers want and need security. Their health and wellbeing as well as that of their families depends on that.

Generally companies have been able to get away with imposing insecure work practices because the collective organisation of workers was eliminated for over 90% of private sector workers. Parallel with the decline in private sector unionisation that set in during the 1990s was a decline in collective action by workers to defend their right and living standards.

Solutions to improving the living standards of workers and eliminating the pernicious effects of the growth in insecure work need to be found. The CTU has identified some legal steps that need to be taken. But there also needs to be a radical expansion of union membership and
struggle to make those legal rights meaningful.