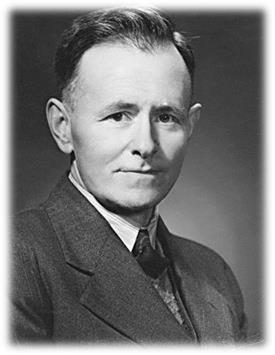 IT WAS ONE OF THOSE IRONIES that History occasionally throws up. When, by accident or design, an individual or group say something by their behaviour that they later wish they hadn’t. On 16 September 2013 it was Labour’s turn. To the event marking the 75th anniversary of the passing of the Social Security Act, the legislative measure which, more than any other, came to symbolise the achievements of the First Labour Government, the Labour Party of 2013 sent not a single parliamentary representative.

The irony of Labour missing the anniversary of its signature legislative achievement was made even more delicious by the fact that its entire caucus was in Wellington to elect a deputy for its new left-wing leader, David Cunliffe.

Clearly, David had one or two things on his mind in the weeks leading up to the anniversary celebration, and on 16 September he had held his new job for barely 24 hours, but really, was there nobody in Camp Cunliffe with the wit to send their man to Auckland’s Holy Trinity Cathedral, clutching the speech of his life?

A speech that could have drawn the country’s attention to the fact that, in spite of the passage of 75 years, the promises of 1938 have by no means all been fulfilled. That, when it comes to Social Security – Labour still has work to do.

Few now remember that Labour’s grand vision for a welfare state which guaranteed its citizens security from “the cradle to the grave” was brought together by two young professional men living and working in the tiny North Otago town of Kurow in the late 1920s and the early 1930s.

The vocations of Arnold Nordmeyer, the local Presbyterian minister, and David Gervan McMillan, the local doctor, brought them closer than most to the victims of the Great Depression, and both resolved to play their part in creating a more rational and socially just New Zealand.

They began by constructing a contributory health scheme for the construction workers employed on the Waitaki hydro-electric scheme. Success on a small scale encouraged the two men to spread their wings intellectually and by 1935 McMillan had put his own and Nordmeyer’s vision into words.

The scope of McMillan’s and Nordmeyer’s “social security” scheme is described by W. B. Sutch in his book The Quest for Security in New Zealand 1840-1966:

“In the proposals finally written by McMillan the whole of social welfare was covered: prevention of disease, good housing, a healthy environment; family income lost through unemployment, sickness, old age, or death to be replaced, with the motto ‘sustain the family, cure the patient’; all facilities for diagnosis and treatment of disease, including complete medical, dental, pharmaceutical, specialist, and institutional treatment, with all ancillary aids; a family doctor for each person; patient’s free choice of doctor; adequate provision for all research in all health matters; financed by taxation in accordance with ability to pay; post-Plunket (child care) services for the pre-school child; penal reform and psychiatric treatment of offenders; the improvement of factory conditions and the provision of doctors for factories. The Health Department would co-ordinate the National Health Service as one unit.”

That was the dream, and an impressive amount of it was realised. But not all of it. Vicious, obdurate and unwavering opposition from the New Zealand branch of the British Medical Association prevented Labour from bringing to New Zealand in 1938 the sort of NHS that the British working-class finally achieved in 1946. McMillan’s far-sighted and enlightened views on prison reform are still searching for a political champion. And, in some areas, – free pharmaceuticals, for example – New Zealand has gone backwards. Free on-site medical care in large workplaces and universal dental care also remain to be won.

A fulsome recommitment to the McMillan-Nordmeyer vision will be a crucial test of the bona fides of the new “Red Labour Party” proclaimed to the Council of Trade Unions conference by David Cunliffe on 9 October. If Sutch’s assessment of the voting public’s hunger for genuine social security is correct, Cunliffe will have no cause to regret making such a pledge.

“If its young men of the thirties had not been defeated by conservative leadership and even ignorance of New Zealand’s social needs,” Sutch argues in The Quest for Security, “the Labour Party might have completed the McMillan social security scheme after the war, for they could have put the issues before the voter and won.”

Seventy-five years on, in the era of proportional representation, New Zealand’s voters will not lack for alternative options if the rosy new Labour Party fails to rise to the occasion in 2014. Though Cunliffe and his colleagues had more pressing business in Wellington on 16 September, the Greens’ Metiria Turei was more than happy to take advantage of Labour’s absence to get in a few well-aimed kicks against its putative coalition partner.

“I think Labour has completely abandoned Michael Joseph Savage’s intentions in the Act”, the AUT student newspaper, Te Waha Nui, records Turei telling the Holy Trinity audience. “Labour were the ones who brought in the ‘work first’ philosophy into the legislation.” (The Greens co-leader refers to the last Labour government’s decision to make finding a place in the paid workforce the primary goal for all those in receipt of a state benefit.) This was, said Turei, the wrong focus.

“The right premise is to ensure every child has what they need, like sufficient family income, healthcare and a warm place to live.”

Metiria Turei was seconded by the children of the poor’s staunchest defender, Associate Professor Susan St John. It was her Campaign Against Child Poverty (CPAG) that had organised the commemoration. She criticised Labour’s highly discriminatory “Working For Families” scheme which, by focusing on the work status of parents, left the 230,000 children of beneficiaries out in the cold.

The reference to Michael Joseph Savage is entirely appropriate, because although the design of the Social Security Act (1938) was the work of others, the selling of the welfare state it would create was very much the work of the little Australian battler. Fighting the effects of bowel cancer, Savage campaigned tirelessly for the Act from one end of the country to the other, speaking to crowds that numbered in the tens of thousands.

The National Party had described the Social Security Act as “applied lunacy”. Savage called it “applied Christianity”. The voters judgement was unequivocal. The mandate Labour received in 1938 was the largest ever received by a New Zealand political party. When the ballots had been counted, Labour had received 55 percent of the popular vote.

Not a bad result! Remembered clearly by the novelist Janet Frame who, seventy-five years ago, when just a little girl, had sat around the radio with her family, listening to Parliament.

“When the Social Security Act was finally passed, Dad, in a spontaneous dance of delight in which the family joined, removed the [medical] bills from behind the clock and taking the poker from its hook by the stove, lifted the cover and thrust all the bills into the fire.”