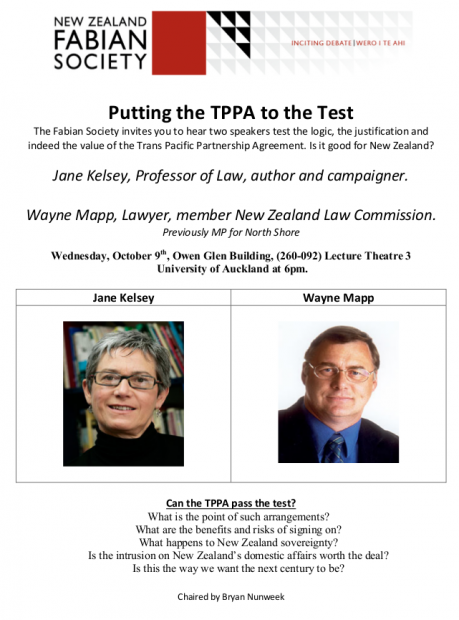 Those lovely communists at the Fabian Society are staging a debate between the lumbering Wayne Mapp and the razor quick Professor Jane Kelsey.

How they have managed to convince Wayne to commit public suicide by fronting is anyones guess, but if you like to witness intellectual violence, make sure you are at the Owen Glenn Building on Wednesday, 6pm.

5 of the 29 chapters of the TPPA are trade based, the rest are there to dismantle NZ sovereignty for American corporate gain. This isn’t so much a trade deal as it is a national security leash so America can push back against Chinese influence in the Pacific.

Citizen A will hosts a TPPA special on Thursday 7.30pm Face TV with Professor Jane Kelsey and Marama Davidson.