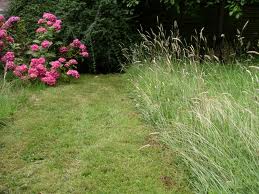 We live in a small world where everything is interconnected.

In the US, the rabid right-wing of the Republican Party has brought about the shutdown of the government of the world’s largest economy. Lead by Texas Senator Ted Cruz, whose presidential aspirations are as blatant as they are deluded, the Tea Party is holding the country to ransom in an attempt to re-litigate a law that has been ratified by the Supreme Court, if not the US electorate itself in the 2012 election. Obamacare, as they call it, is a done deal. Not so, say Kruz and Co. And so…gridlock. It’s not the first time the US Government has shut down – things ground to a halt twice under Bill Clinton. But the American economy was in great shape back then. And current US lawmakers also face a fast-looming crisis issue of lifting the country’s debt ceiling.

The implications of the US defaulting on its (astronomical) debt obligations are too mind-boggling to conjure with. So mind-boggling are they in fact that the Prez decided to cancel his appearance at this year’s APEC meeting in Bali. He also had to delegate his position as Chair of the Trans-Pacific Partnership talks to….guess who?….that’s right: our own PM, John Key, honest broker that he is. Obama’s domestic predicament has opened the door for the PM to use those formidable skills refined over many, many years  spent not I suspect as New Zealand’s Prime Minister but rather, as a senior executive of Merrill Lynch. It seems fitting in a way. Its detail still secret, the ‘partnership’ is being sold as once-in-a-life-time trade opportunity for New Zealand. Bali will all about wheeling and dealing and as we have come to witness, no one wheels and deals like the PM. According to TVNZ, “Obama had intended to thrash out issues with leaders of the 11 other TPP member countries” Now, by some freak of US domestic political circumstance, it will be up to John Key to do the thrashing on his behalf.

The TPPA has far-reaching, irrevocable implications for New Zealand. From what I’ve read, it’s hard not to see it as a mechanism for expanding and perpetually securing the power, markets and money of Corporate America, fuelled in no small measure in response to China’s growing regional influence.  High stakes indeed. Opponent, Law School Professor Jane Kelsy urges us “to think about whether this agreement really is in New Zealand’s national interest or of the other countries and look at how we have a democratic debate about a different way of addressing our needs for the 21st century.” ‘Bah Humbug’ says Trade Minister Tim Groser. “New Zealand has been starved of trading opportunities.” he says, forgetting for a moment those many burgeoning trade opportunities we had before Fonterra had that botulism misdiagnosis and we sent all that mistakenly-labeled meat to China. “I just recommend to New Zealanders pay no attention whatsoever to this nonsense”. As ever with this Government, expert, considered, reasoned, democratically-driven opposition to its agenda is dismissed: misinformed, misguided, politically-aligned, wrong, or in this instance, nonsense. Hmmm. I wonder

The reality is (as Steven Joyce likes to say) that more and more of us misinformed, misguided, politically-aligned, wrong, nonsensical people are having second thoughts about National. All the wheels and deals aren’t delivering such a bright future after all and if an election was held today, the three latest polls suggest New Zealanders, more concerned with their ability to pay the power bill than buy the power company would vote for a Labour / Green Government. Bugger.

But if you only and always go in to bat for the big guy, what can you expect? A country is not a company. As a society, prosperity is our goal, not profit. The flaw in neoliberalism’s logic is that it costs everything, values nothing and doesn’t share the joy. It’s hard for ordinary Kiwi mums and dads to dance in the streets at the news of ACC’s huge surplus. As the Auckland housing bubble further inflates, it’s hard to break out the champagne at the news of subsidized deposits on a hundred or state houses in the provinces. When you hear that “Basically if the Commerce Commission ruling stands there’s a chance Chorus will go broke, in which case the Ultra Fast Broadband (UFB) won’t be rolled out”, as the PM recently told TVNZ, it’s hard to get enthused. The Solid Energy bail-out saves some jobs, which is not to be sniffed at, but the significant tax-payer contribution is again intertwined with more wheels and banking deals and again, like Tiwai Point, is somewhat mitigated by the stale, pale odour of staving off inevitability. Even the PM’s recent world tour didn’t yield much, if anything, to write home about (our new High Commission in Barbados notwithstanding). In short, National’s best-case scenarios fail to offer much to the majority and every day in every way, the Opposition is getting its act together. Bugger indeed.

Speaking of bugger, until George W stole the 2000 US election by (mis)(dis)counting Florida votes, I’d never heard of the word ‘chad’. And until the 2013 Local Body Elections, I was a ‘berm’ virgin. ‘Berm’? What is this thing called ‘Berm’? Whatever it was, it apparently required frequent mowing. I had to look it up.

According to Wikipedia (do you remember a world before Wikipedia?), “a berm is a level space, shelf, or raised barrier separating two areas. It can serve as a border barrier. The word berm originates in the Middle Dutch and German berme and came into usage in English via French.” Interesting. But, ever-helpful, Google had more to offer on Berms. According to the Urban Dictionary, it’s a smell: “a combination of beer and sperm” Ahem! It’s also “the sound a Turtle makes.” as in “Berm.Berrrrrrrrrmmm”. Good grief! Now, thanks to local body politics, whenever I hear that stupid word on the news, which is often, all sorts of things pop into my mind. Berm baby, berm!