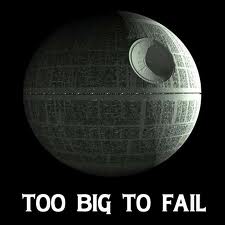 Have just arrived back from Ontario, well away from Team New Zealand mania and masochism. The Globe and Mail, a leading Canadian newspaper had no Americas Cup coverage. Neither did the Vancouver Sun, although Larry Ellison was mentioned in the business pages. A feature article on Forbes annual American rich list had Larry ranked third with a net income of US $41 billion, just ahead of the Koch brothers, Charles and David ($36 billion dollars each). The top two, unsurprisingly, were Bill Gates ($72 billion) and Warren Buffet ($58.5 billion).

Everybody from the billionaires club grew wealthier over the last year. From 2009 to 2011 capital gains, share values and Wall St. bonuses dried up. More recently, the economic situation has returned to `normal`. America`s biggest banks are making record profits. Clearly, the` too big to fail banks` have not disappeared. Neither has the excessive borrowing by banks (leverage) or the unregulated practices of derivatives speculation. Crucially, however, concern about these developments has moved beyond the activist left.

A recent TIME cover story,for example, was entitled `How Wall St. Won: five years after the crash, it could happen all over again` (September 23). Meanwhile, wealth inequality is a hot political issue. In the New York mayoralty race Democratic frontrunner Bill de Blaiso advocates a wealth tax. A proposed surcharge on incomes over $500,000 will fund universal pre-kindergarten education.

We are not talking here about Keynesian socialism but the symbolism is important.

As Paul Krugman wrote in the New York Times `this is exactly the sort of thing we should be doing: taxing the ever richer rich, at least a bit, to expand opportunity for the children of the less fortunate` (September 21). Krugman ponders the possibility that `de Blaiso`s unexpected rise is the leading edge of a new economic populism that will shake our whole economic system`.

An exaggeration, possibly. De Blaiso`s campaign though, is not a one off. Over the border, a Federal by-election in Toronto features not one but two pro-equality politicians. On the left, New Democratic Party (NDP) candidate Linda McQuaig is the author of `The Trouble With Billionaires: how the super rich hi-jacked the world and how we can take it back`. On the right, Chrystia Freeland is the author of `Plutocrats: the rise of the new global super rich and the fall of everyone else`. The candidates have obvious differences. Freeland is the establishment figure. She was deputy editor at the Globe and Mail before becoming managing editor at Thomson Reuters. In a revealing interview she describes inequality as `a topic the rich are very much mulling over`. In her view this concern is entirely rational `the 1 per cent and the 0.1 per cent are not going to be able to prosper for very long when the squeezed middle class can`t buy the things that entrepreneurs and business people produce`.(Globe and Mail September 21). McQuaig`s views about inequality have a more political edge. In a parallel Globe and Mail interview, she refers to `a specific set of policies that were devised to protect the ones at the top and create insecurity for those at the bottom`. McQuaig,from the left of the NDP , advocates significant wealth redistribution and an expansion of public sevices. The electorate itself, Toronto Centre, perfectly exemplifies North American inequality. It contains mansion filled neighbourhoods, poverty stricken streets, luxury shopping boutiques, immigrant working class communities, gentrified apartment developments and homeless shelters.

Once again, it’s the symbolism of this campaign which is fascinating. Even the right wing candidate concedes that stark inequality damages economic growth and social cohesion. Such views were banished from the stage during the 1980s and 90s. Thatcher, Reagan, Mulroney, Douglas and Richardson were scathing of Keynesianism, social democracy and wealth redistribution. Now, however, to misquote a line from my favourite satirical film,` Bob Roberts` `times are a changin` back`. Suppressed, longstanding concerns about inequality have re-emerged. This isn`t happening in New Zealand though, at least, not yet. Not in a country where a top CEO equates the Green Party with North Korea and where a senior politician describes electricity price controls as `economic vandalism`.

These are not so much viewpoints as they are signs of amnesia and myopia. These afflicted souls inhabit a world, frozen in time, where every succeeding decade is a repeat of the 1980s (beginning in 1984). Anything before that date triggers the fear of creeping state socialism. Contemporary concerns about inequality are incomprehensible. Well, for these people I bring a terrifying message from the `free market` citadels of North America,- things have moved on, your time is up.