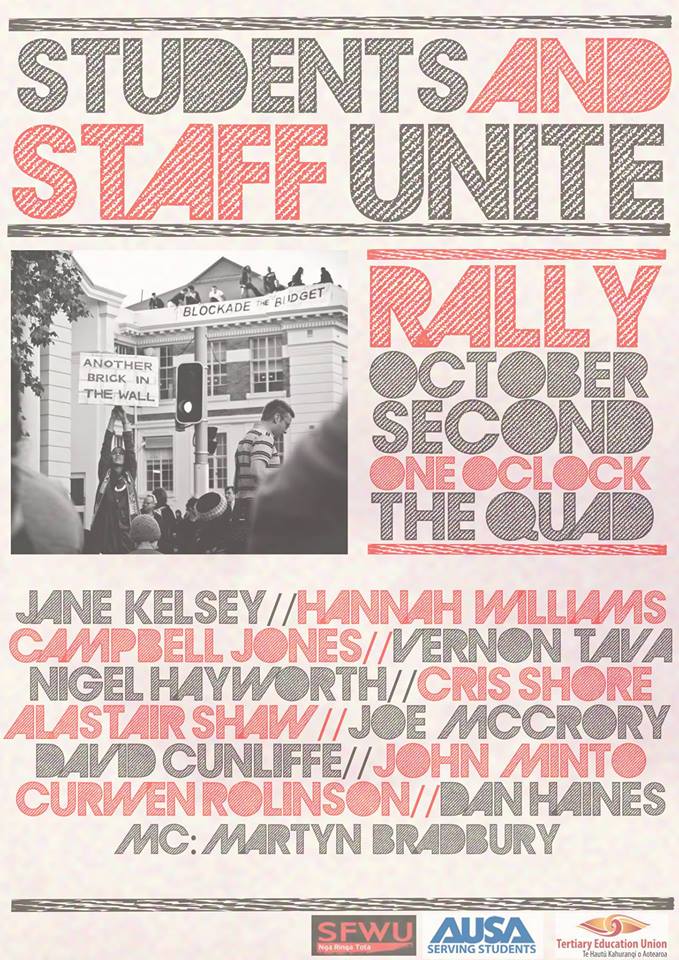 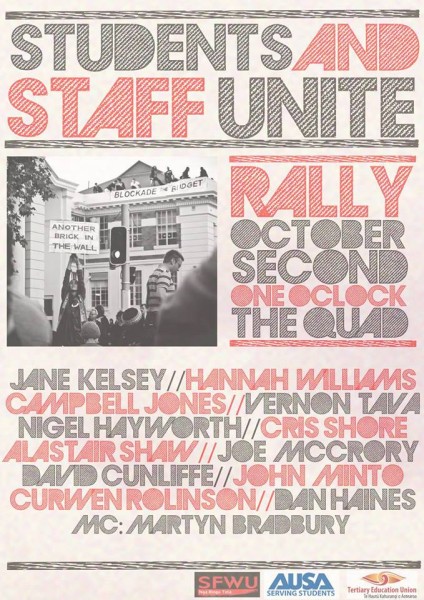 If you are in Central Auckland today at 1pm, make your way to the Quad at Auckland University for what will be a fierce and fiery student meeting to debate The lack of serious Government investment in the tertiary sector; and the disturbing centralized style of management and the attack on student democracy and academic freedom at this university. Why staff aren’t being paid a living wage will also be noted.