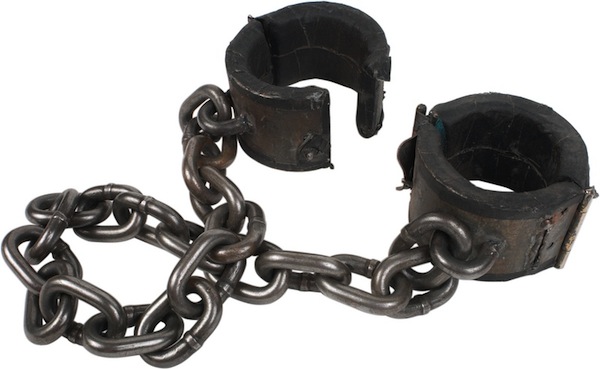 DARRIN HODGETTS is the Professor of Societal Psychology at the University of Waikato. On 17 September, he delivered the keynote address to the Public Health Association of Australia’s annual conference in Melbourne. The title of his address was “Addressing Social Determinants of Health: Structural Violence and the Psychology of Welfare Reform in New Zealand”

In the course of his address, Professor Hodgetts provided his audience with examples of the treatment meted out to New Zealand citizens by the Ministry of Social Development’s (MSD) Work & Income Division (WINZ). One woman, whose young son had been struck by a car, told him:

“After my son’s accident, we went straight from rehab to WINZ. I needed a food grant… He was all bandaged up and not quite with it. We saw a WINZ worker who asked “why do you need help?” “Look at my son”… He still had the drip in his hand. I told him what had happened to him. My son sat there listening to it all and started crying like a baby cos he got scared because I started raising my voice. I felt quite degraded to the point that this WINZ worker turned around and said, “Wasn’t he looking when he crossed the road?”… I walked out with nothing.”

One of the many questions that need to be asked and answered in relation to this incident – and dozens of others like it – is simply: “Why haven’t we heard about any of this?”

Because it’s not just a matter of us needing to know why people acting in our name, and paid for out of our taxes, are treating our fellow citizens with such cruelty. The presence of such extreme bureaucratic misconduct in one of this country’s largest ministries is evidence that structural violence has become a central repressive feature of the MSD’s institutional culture.

But, for physical and/or emotional violence to become endemic in any institution the following preconditions must first be present: a rigid and self-protective hierarchy entrusted with a difficult and often dangerous mission; unmistakeable signals from the top of the hierarchy that in fulfilment of its mission certain kinds of misbehaviour will be (unofficially) tolerated; the absence of retribution following extreme instances of misconduct; high levels of confidence that no one outside the institution will uncover what’s happening inside it; and the instant and vicious punishment of anyone attempting to expose the institution’s secrets.

What is so deeply disturbing about Professor Hodgett’s revelations is that they make it very clear that structural violence has migrated beyond the institutions of repression with which it has, historically, been most closely associated: the armed forces; the police; and all forms of mandatory custodial care (prisons, mental institutions, orphanages) and into the MSD – a state agency specifically created to offer care and support to citizens in need.

Those who society deems most deserving of repression and control are usually the individuals and groups of whom it is most afraid: women; gays; adolescent males (boy racers!); the victims of colonial conquest; criminals; people suffering from mental illnesses and other disabilities; and now – all those whose abject levels of material and social deprivation lay moral claim to the material resources of those more fortunate than themselves: those with more than enough to share.

History attests that there is only one effective way to reduce the fear that fuels the hate which sanctions social repression – and that is to make us empathise with those whose conditions of life and/or behaviour so appal and alarm us.

Where would the abolitionist movement have been without William Wilberforce’s passionate lectures, or Harriet Beecher Stowe’s Uncle Tom’s Cabin? How could Great Britain’s barbaric penal system have been reformed without the investigations of Elizabeth Fry? Could the civil rights activists of the 1960s have counted on such a reservoir of Northern indignation without Harper Lee’s To Kill A Mockingbird? Would such grim institutions as Cherry Farm, Porirua and Carrington have been decommissioned so easily without Ken Kesey’s One Flew Over The Cuckoo’s Nest?

It is recorded that Wilberforce’s most powerful method of persuasion was to pass among his listeners the iron chains and collars that the Africans sold into slavery were forced to wear. The sheer weight of these grim implements and the roughness of their casting brought home as no words could the reality of human bondage. People could imagine them chafing their ankles, wrists and necks. They wondered how anyone could possibly sleep in such pain and discomfort. Once their imagination had visited even this far into the hell of “The Middle Passage” indifference to the slave trade was no longer an option.

“Wasn’t he looking when he crossed the road?”

Not all shackles are made of iron. Not all wounds bleed. Professor Hodgett’s research exposes the vicious structural violence of WINZ and its employees, and through the words of his research subjects permits us to feel the cruelty and injustice of a state agency whose unstated purpose – though no less real for being so – is to drive already hurting and desperate people off the welfare rolls.

The Government congratulates itself that its welfare “reforms” have already saved the taxpayer $3 billion. Professor Hodgett’s has shown us how.

What New Zealand desperately needs is its own William Wilberforce; its own Harper Lee and Ken Kesey: someone to popularize Professor Hodgett’s research; someone with the eloquence to make us feel the weight and the roughness of the shackles we have sat back and allowed the likes of Paula Rebstock and Paula Bennett to fasten around the lives and the loved ones of hundreds of thousands of our fellow citizens.

“Wasn’t he looking when he crossed the road?”

Just imagine that little boy was your own.