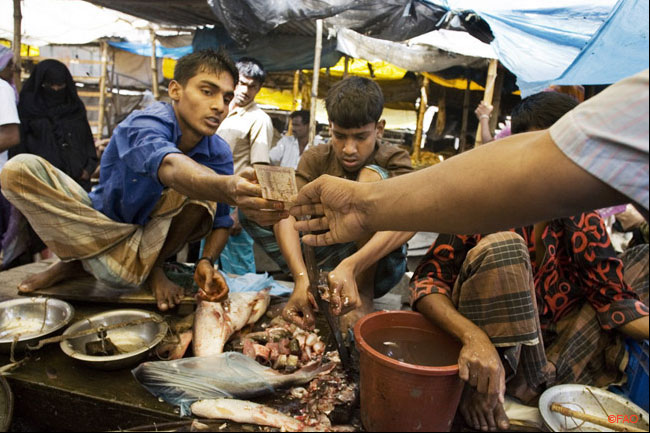 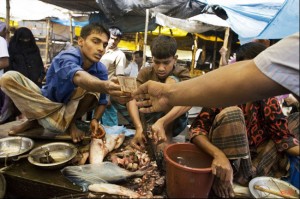 I recently spent a couple of days at the UN’s Food and Agricultural Organisation (FAO) headquarters in Rome as part of the Civil Society Mechanism (CSM) at the open forum on the zero draft for the Principles for responsible agricultural investments in the context of food security and nutrition (RAI). That’s UN speak for trying to figure out how to stop investors in agriculture from destroying jobs, communities and the environment and secure investment which contributes to national food security.

After the failure to predict or manage the food crisis in 2007 which drove millions more of the world’s population into poverty and starvation, the FAO invited civil society into its deliberations to assist in preventing a similar crisis in the future.

The International Union of Food Workers (IUF) as part of the civil society group which is active on the Committee for Food Security (CFS), is advocating a Rights based approach to defining responsible agricultural investment (RAI). A Rights based approach advocates land tenure rights, work rights and of course the right to adequate, safe and nutritious food. Over 40% of people engaged in agriculture are workers. Many of these workers in the fields and plantations do not earn enough to feed themselves while often delivering food to the supply chain of major transnational food companies.

Human Rights are not a barrier to trade and investment.

On the contrary a Rights based approach can be a guiding principle for investment at all levels and improve the ability of small scale farmers and workers to progressively realize decent work and the right to safe, adequate and nutritious food.

An approach that respects human rights can also increase and sustain food production through the prevention of environmental degradation.

Investment is not neutral. It cannot contribute to food security and food rights if at the same time the investment contributes to GHG emissions and degrades or erodes the soil.
The Civil Society Mechanism at the CFS advocates that responsible agricultural investment creates decent work. ILO conventions are the basis of workers protections and many States do not extend labour legislation to cover agricultural workers.

Do investors facilitate and encourage freedom of association and collective bargaining which are at the core of enabling workers to escape poverty?

Investors and States must promote healthy and safe working environments and States must ensure that appropriate legislation is in place to protect and promote occupational health and safety and that there are adequately resourced institutions in place for inspection and enforcement.
RAI provides equal employment rights for women workers and promotes an environment of zero tolerance of sexual harassment.

There were many contrary views to such principles in the open forum. Governments, the private sector and the World Bank had representatives at the forum. A rights based approach is anathema to many of these interests. They see human rights as not applicable, a distraction from the main task of opening up trade and investment.

This might be understandable (but still unethical) if large scale investment by global agri-business was contributing to food security. It is not. Large scale investment is normally in monoculture, is land grabbing and forces people off the land and into cities to be urban poor. It colonizes, using fertilisers, pesticides and herbicides, exhausts the soil, contributes to greenhouse gas emissions and moves on.

The UN Conference on Trade and Development (UNCTAD) has just released its 2013 trade and environment report which states that farming in rich and poor nations alike should shift from monoculture towards greater varieties of crops, reduced use of fertilizers and other inputs, provide greater support for small-scale farmers, and foster more locally focused production and consumption of food. More than 60 international experts contributed to the report.

According to the US Government and its allies at the Committee for Food Security, RAI is a separate process from trade and investment agreements. The Principles of RAI are voluntary guidelines and cannot be allowed to be a barrier to trade under agreements such as the TPPA.
There will be nothing voluntary about the Chapters being negotiated in secrecy under the TPPA.
The RAI process convened by the FAO is important for millions of people who are threatened by lack of food security and a lack of nutrition. It is obvious that some powerful Governments and corporate interests see the process as a corporate social responsibility public relations exercise while the real game is being played out under NAFTA, the TPPA and the proposed EU/US trade and investment agreement.

The citizens of participating countries in the TPPA, including NZ, must not let provisions negotiated in secret take precedence over enhancing the universal right to safe and nutritious food.

Did you really think the TPPA is about NZ gaining access for its dairy products to the US market?

It is not. It is, among other corporate priorities, about strengthening corporate control over the global food system.

In that way we can continue wasting food, exporting food from countries suffering from famine, indulge in food commodity speculation and degrade the soil so that local people can no longer grow and access diverse food sources locally.

And what was NZ’s viewpoint on the principles of responsible agricultural investment in the context of food security and nutrition. I can guess but I don’t know because the Government of our major agricultural nation was not represented at this important multi-lateral forum. Do you think they would miss a TPPA meeting?

The NZ Government is lobbying for a place on the UN Security Council while ignoring the critical work of a major UN agency in an area where NZ has technical expertise. It is also trampling over ILO conventions with new domestic legislation to weaken workers’ rights.
I reckon you should participate in multi-lateral work within UN agencies abroad and uphold human rights at home if you want a place on the UN Security Council.