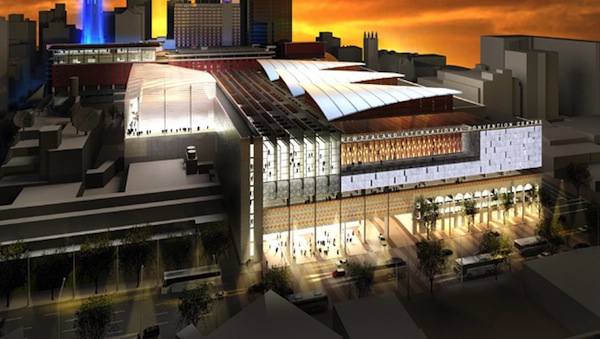 First defendant: You run one of New Zealand’s biggest publicly listed companies and your main activity, casino gambling, is a potentially dangerous and highly regulated one. Your license gives you a monopoly on casino gambling in Auckland, by far the biggest market for it. To keep your license you have to face independent inquiries, public consultation and an open public submission process every 15 years. You have faced heavy criticism from public interest watchdogs who say that you have failed to comply with terms of your license relating to harm management. Under legislation controlling this activity some things you would like to do are banned outright.

Second defendant: You are the Prime Minister and Minister of Tourism.  You want an international convention centre and have funded Auckland City’s feasibility study on this. Meanwhile you, your Chief of Staff and other advisers have had discussions with the First Defendant who has told you that they are also keen to expand their convention capacity but would need the government to relax gambling regulations so that they could make the money to fund it. When your officials recommend following through with the Auckland City process and completing a detailed business case and establishment plan first, you tell them to talk directly to the First Defendant instead. There are many meetings about the First Defendant’s plans; with yourself, other ministers, your advisers and various officials. At one dinner you invite them to think bigger. Then your government asks others to submit expressions of interest, without telling them you are already talking to the First Defendant and without giving them the same information. You never finish the assessment of other people’s expressions of interest and then you declare that the First Defendant is your favourite and that you will trade the convention centre for gambling concessions. You drop one line in your internal affairs policy to this effect and then tell your MPs, even the ones who have championed problem gambling, that they can’t exercise their conscience on the issue when the Speaker calls a personal vote. Oh yes, and you write into the law enacting this deal that if a future Parliament reverses those concessions then they will have to pay the First Defendant for the privilege.

These are the bare bones of the scenario that is making its way through Parliament as the NZ International Convention Centre Bill.

The history of the deal and the dodgy constitutionality of granting regulatory concessions related to one activity as a way of funding a completely different activity have had lots of earlier airplay. Here are some more reasons to stand up against this deal:

There is only one vote in this deal and it will be back on the floor of Parliament in early November. Not only does Skycity get to avoid two full license renewal processes with the independent analysis and public scrutiny that entails, but it has not even had the courtesy to make a submission to the select committee and to answer the questions of MPs.

Yes, you read that right. Skycity is being presented with a massive set of concessions, to do things that are controlled or even prohibited by the Gambling Act and to do them longer than the Act allows for, without having to face any public or independent scrutiny of their operations. And they aren’t even coming to the lawmakers to say thanks.

Isn’t it time we put much more pressure on those MPs that could make a difference? Are you on for a month of action and would you front up to events and meetings on this issue? Let me know at laila.harre@parliament.govt.nz.