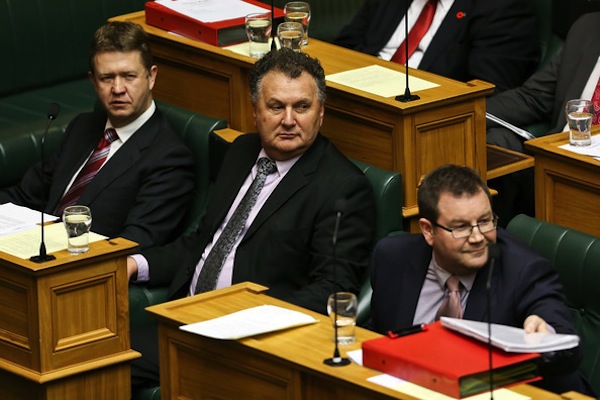 In my view unionists and socialists should focus on building a social movement that can organise and mobilise working people in the hundreds of thousands. Relying on parliamentary representatives to do the job for us is a fundamental flaw.

Even if Labour’s new leader David Cunliffe was a committed socialist he would be powerless to stand up against the pressure big business would bring to bear unless there was a massive movement below to give strength to those in government who wanted to push forward real reforms in the interests of working people.

Big business launched a massive “winter of discontent” shortly after the election of the Helen Clark led Labour Alliance government in 1999. Following that display of strength the government reform programme came to a virtual halt. Similarly “closing the gaps” for Maori was shut down at the first hint of opposition and anything that smelt of affirmative action abandoned.

I don’t believe David Cunliffe is a socialist. He is someone from the right of the party who has genuinely come to question the mantras of free-market capitalism and the inequality it produces. But that is not unusual today – even World Bank and IMF economists are claiming a new found belief in the importance of reducing inequality. Their solutions to the problem however remain firmly within the bounds of those acceptable to the maintenance of the system.

And that is the nub of the problem. Big Business will only ever accept a programme of social reform that may benefit working people when they feel their system is under threat. That was true in the 1930 and 1940s. Millions of working people were mobilising internationally and usually under a socialist banner of some sort. The ruling classes got frightened and tolerated some reforms for a period. The great depression and war that followed also gave big business a profit boost that meant they could afford to pay a little more to keep the system safe.

That is not true today. Even the relatively modest policies that David Cunliffe is talking about – a living wage, small tax increases for the rich and a capital gains tax – are likely to generate significant business opposition.

The usual response from social democratic governments in those circumstances is capitulation. I expect no difference from a Cunliffe-led government. But I am also happy to be proved wrong.

Unionists and socialists inside and outside the Labour Party actually have a common interest here. This includes people like myself who is a Mana supporter and many Green Party activists as well.

The only way there would be a hope for David Cunliffe and co to stand up against big business in government would be if we had had a massively organised and mobilised working class movement that had an interest in the promised reforms happening.

This is where I think we need to look at what the priorities are that we want such a government to focus on. At the moment is seems to me that the CTU leaders are focussed on measures that can benefit workers generally outside of any organised framework. This is true for example of the living wage proposal or the idea of industry-wide national minimum standards being imposed by the government.

I have no problems with the proposals as such – any increase in income or protections for workers is of course something to celebrate. However what we need above all is the ability to organise as a class and impose our own solutions to the problems that face us.

Much more thought needs to go into what legal changes could be made that would give unions a greater ability to organise the 92% of the private sector workforce outside of unions. This includes access to the workplace and forcing employers to bargain for multi-employer collectives. We also need a significant extension of the right to strike to include those for political demands and for the enforcement of the existing contracts – rights eliminated by a previous Labour government.