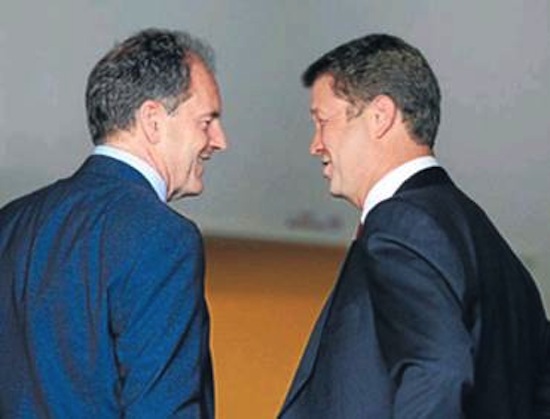 When David Shearer was elected to the Labour leadership, I had every faith in his ability to be Prime Minister. Those who have read some of what I have written also know that I believe it didn’t have to end the way it did for David, but the strategy employed in his office was not the right one: it didn’t play to his considerable strengths and served to highlight his not inconsiderable weaknesses.

David Cunliffe is a completely different leader. His weaknesses are mainly perceived and his strengths are considerable. He is a fantastic communicator, a good orator, an experienced operator with great political instincts and all backed up by a formidable intellect. His strengths are the very weaknesses that ended up defining Shearer’s leadership.

So what strategy should David Cunliffe as leader employ? A different one than that recommended for Shearer. I always thought that Shearer should be out and about, meeting and greeting people, kissing babies, talking in pubs, and entertaining in clubs, giving town hall speeches in Hokitika, staffroom talks in Masterton, and wooing grey power members from Cape Reinga to Bluff. His talent was his natural ability to easily relate in a very relaxed way to the vast majority of good hard-working, but aspirational, Kiwi battlers who deserted Labour in 2011. He needed to be kept away from the media except when necessary with stories that differentiated him from Key, improved his reputation and provided quality positive coverage. Shearer should have empowered senior caucus spokespeople to go hard with stories in their portfolios.

While of course Cunliffe must get out and about, his primary focus must be concentrated on inflicting maximum damage to the National govt by taking down weak ministers in the House and getting to Key through the incompetence of those around him. Shearer was simply too inexperienced to lead the attack where it mattered, whereas this is one of Cunliffe’s strengths.

This now must be the sole purpose of question time: disciplined, targeted, relentless – and obvious – campaigns against weak ministers. I would signal out Guy, Tremain, Foss and Adams and go after them day after day and week after week. I wouldn’t worry about Collins, Joyce, English or Ryall unless there is an important political point that needs to be made, but Labour or Cunliffe will never get past the defenses of these competent and experienced ministers. The other four, however, are vulnerable.

Guy is way out of his depth with Primary Industries; Mallard completely exposed Tremain by absolutely screwing him over in question time on a relatively simple issue a month or so ago; Foss is hanging on to his ministerial warrant by the skin of his teeth and this thread can be easily severed; Adams is extremely vulnerable and way out of her depth on the ITC sector issues (which is one of Cunliffe’s areas of expertise).

Imagine Key arriving back from staying with the Queen to find either Adams’ confidence shattered, and/or Tremain on the ropes and ready to give up and/or Foss’ alleged inability to enter Japan exposed and/or Nathan Guy on the rocks – all four hating question time. It is conceivable – and doable. Joyce and Brownlee will be tearing what’s left of their hair out as they are forced to jump to the defense of their colleagues time and time again through the point-of-order process, and Collins will have had no opportunity to play to her growing faction.

Then your question to Key is always asking him to justify and support the incompetent performance of his Ministers: “Does the PM have confidence in all his ministers?”. Take down the weak one by one and the strength of the whole is exposed. The thing about Guy, Tremain, Foss and to a lesser extent, Adams, is they are all independently wealthy, so they don’t need the grief that would rain down on them day after day. Their growing fear of ritual humiliation in front of their peers, the media and the Nation would soon result in decisions not to seek reelection in 2014.

The last point I would make is keep away from Key. Talk about ‘this National Government’; not John Key. Key is still popular and so why try and be mean to everyone’s ‘favourite uncle’? Just leave him alone and make him as irrelevant as possible, except when asking him to justify his support for incompetent performance. This is how Key damaged Clark and how Cunliffe will damage Key.

Shearer was initially positioned as the anti-politician, whereas Cunliffe has to be defined as the master politician. He can do it; he certainly has the ability; he just now needs to execute the strategy. Let’s hope he does for then the real fun would begin.