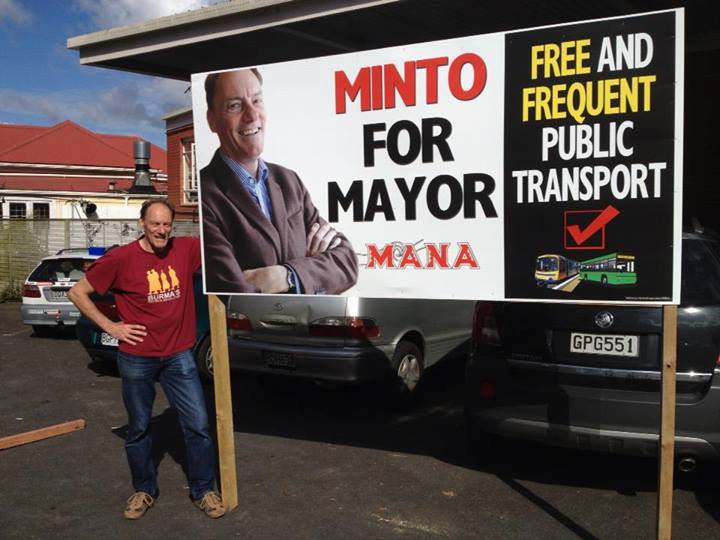 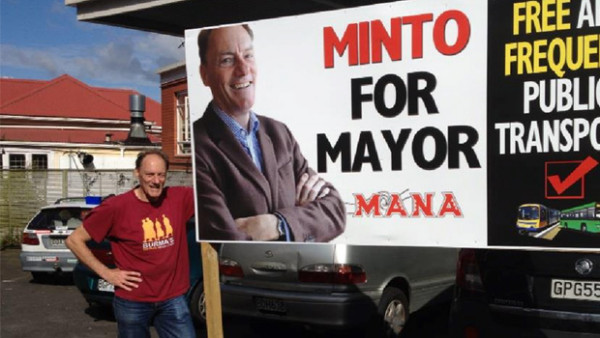 You’d hardly know there was a local body election campaign aside from election hoardings up around the place.

Besides the widespread disillusionment with politics and politicians (“They’re all shit” said one woman to me at the Otara market yesterday) there are other media driven circuses which offer more entertainment such as the America’s Cup, the rugby tests and the Labour leadership contest each of which has been given copious coverage well in excess of any democratic local body debate.

In the case of the Auckland mayoralty where (declaration of interest – I’m standing as the Mana Movement candidate) the campaign has been dominated by a vacuum of intelligent debate.

As I see it, and as the public increasingly perceives it, the campaign is very much a battle between Len Brown’s record as a worthy representative of the 1% and Mana’s big bold ideas to challenge inequality and make a dramatic difference to the lives of families in low and middle income communities.

To illustrate the point I’ll leave you to consider this comparison: