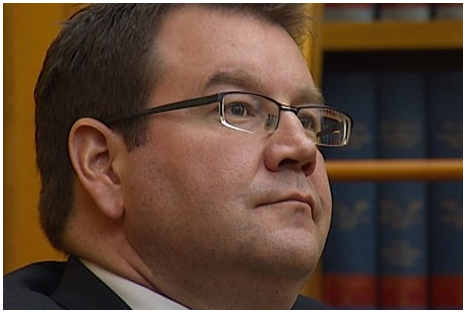 The beltway ABC Caucus have shown with their tactics that they are prepared to do anything to win. From Hipkins defamation of Cunliffe after last years conference to Curran’s claim of homophobia and Robertson’s proxies denigration of Jenny Michie, the hope that peace will break out post Sunday seems naive in the extreme.

Grant isn’t left wing ideological, he’s left wing institutional, the difference is profound. In the wake of the Global Financial Crisis, NZ requires unique solutions that go beyond the Helen Clark manage rather than challenge strategy. Grant is a student of that thinking, and I don’t believe for one second he can bring himself to implement the type of reform that is required to challenge the free market paradigm.

Robertson and his friends with the help of the ABCs supported a dead leader for 20months who clearly couldn’t do the job, all out of political spite for Cunliffe. That isn’t leadership, that’s bordering on cult group dynamics.

Cunliffe on the other hand began a series of speeches challenging Free Market orthodoxy after seeing it implode so spectacularly in 2007/2008. Cunliffe has the ego required to implement radical change but also most importantly, he has few other options but to take risks. The reality is that if Cunliffe wins (and I would be surprised if he did not), he will only be allowed to run till the election and if he doesn’t win it, the factions will launch a coup against him to put in place their cherished Robertson.

So, Cunliffe, if he wins, needs to chainsaw much of the dead wood while retaining the talent that resides (I’ll give a full break down of who Cunliffe’s shadow Cabinet should be on Monday – if he wins), the factions who have sunk to such tactics against him before won’t be loyal and the only way to beat them is with the cudgels of success.

Cunliffe needs to do some radical things, not to just appeal to the affiliates and members who have put their faith and trust in him, but because he will only have 16months to make the type of impact required before the ABCs rise up if he loses 2014.

The mainstream media meme is that Cunliffe must come back to the centre to win over the 800 000 NZers who were enrolled, but whom didn’t vote. What a load of predictable nonsense. Of course the msm pundits are calling for that, they are terrified of a genuinely left wing party because those very same highly paid pundits would be facing a higher tax rate under Cunliffe. If those 800 000 enrolled voters were so bloody centrist, why didn’t they vote National or United Future in the last election? They didn’t vote for National or United Future because they don’t agree with where those parties are going, and they didn’t vote for Labour wasn’t articulating an actual opposite political narrative to what National stood for.

Cunliffe can articulate that alternative narrative because if he doesn’t, he’s gone by the day after a loss in the 2014 election. Nothing motivates like oblivion.

If the Caucus go against the wishes of their members and affiliates and elect another experiment as leader (a candidate who is currently polling 3rd), then those MPs must be held politically responsible for the Greens going over 20% in 2014.

The call for unity is hollow. If Robertson wins, expect a full blown civil war erupting at The Standard, if Cunliffe wins there will have to be demotions.

If only the NZ Left could fight Key with as much passion and gusto as we fight each other.