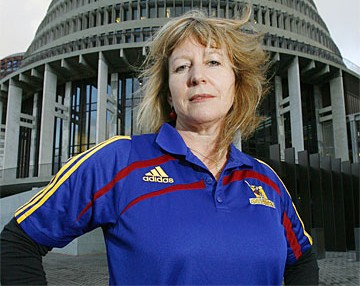 Watching Clare Curran manage to remind voters of all the reasons they don’t like Labour’s navel gazing political pettiness on the eve of the leadership selection is a self mutilating home goal too far.

Insinuating that Jenny Michie and the Cunliffe campaign are in any way shape or form homophobic is deeply insulting and quite frankly desperate.

Clare Curran has let herself, and Grant’s campaign down. She’s the girl who cried hate crime.

Grant’s sexuality has nothing to do with his ability to lead this Country, and I honestly believe one day he will be NZs first Gay Prime Minister and NZ will be a better place for it, but I don’t believe it’s his time right now. Turning Jenny’s comments into a petty point scoring exercise was beneath the mana of the leadership race.

Equally inane has been Shane Jones threatening comments regarding downgrading Clare if he won and as for his moon cycle comments, well, they are even more absurd than Clare’s homophobia assertions.

The bitterness the beltway ABCs are bringing to this campaign in the final days after shock polls placing Grant third is a further worrying sign that the will of the wider membership and affiliates seem to be being resisted right up until the last moment.

The membership need to decide if such tactics are in the best interests of the Party.