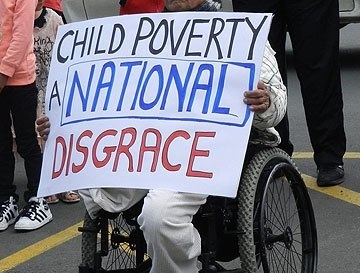 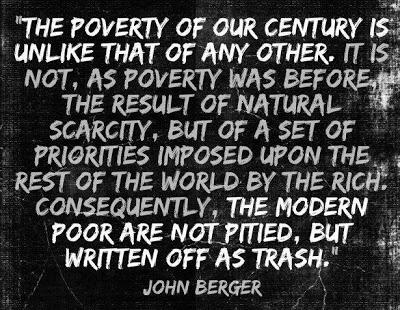 In a previous post I highlighted an important challenge in the Court of Appeal: Child Poverty Action Group v The Attorney General.

Well, the decision is out, and guess what, folks?

In brief, the case is about the impact of the “In Work Tax Credit” in the universally maligned “Working for Families” package.  I say “universally maligned” as nobody seems to really understand how the package works, including IRD, and it appears you need a PhD to get even close to figuring it all out with its myriad of permutations, implications and calculations.

Well, it so happens that Dr Susan St John of Child Poverty Action Group (CPAG) does have a PhD and she, along with her colleagues at CPAG, view the package as inherently discriminatory and inconsistent with any effective strategies to eradicate the stain of child poverty in this country.

CPAG’s argument – inarticulately summarised here – is that Working for Families unfairly denies children with unemployed parents the same subsidy provided to children similarly situated, but with parents in work.  In essence, this amounts to $60 less a week for 230,000 children in Aotearoa (according to CPAG information).

At the time of going to the Court of Appeal and as I have quoted before, CPAG succinctly described this as 230,000 children who “do not enjoy the same tax-funded support to eat well, keep healthy, warm and dry, and to participate in school activities and sport as others”.

That’s the case.  Right there.  The State – our government, those elected to represent all of us – effectively punishing children for having parents not in work.

The Attorney General’s response, determined before Mr Finlayson’s misogyny reared its ugly head in recently referring to Dame Anne Salmond as “shrill” (would he have said that about a man?!!), was that the policy incentivises work and getting people off benefits.

To win, CPAG had to convince the Court of Appeal that the Working for Families package was (1) discriminatory (in that there was an advantage between one group and another comparator); and (2) that the discrimination could not be reasonably justified (more specifically, that it was a “reasonable limitation” on the right of freedom from discrimination).

In my earlier post, I argued that in taking a child rights centred approach based on Article 3 of the Convention on the Rights of the Child (where in every decision the child’s best interests shall be the primary consideration) the Working for Families package could not be justified.  How is it in a child’s best interests to punish that child for the State perceived indolence of the parents?

I also wrote (as there is nothing better than quoting yourself): “But, I am not sure this approach will win out in the Court.  I think this will all be about “work”, and not at all about the children, with the economy being our true State religion.”

Unfortunately, I was right.

While the Court of Appeal did hold that the In Work Tax Credit was discriminatory, it ultimately held that the “work incentive objective” justified the discrimination.

In its decision, the Court of Appeal only explicitly refers to the Convention on the Rights of the Child once.  Disappointingly, there is absolutely no attempt to take a child rights centred approach.  The Court of Appeal instead prefers to fall back on comfortable Chicago school territory in placing a premium on work.

This approach completely ignores the compounding effect of child poverty and the logical reduction in economic mobility on the children missing out as a result of this policy.  Quite simply, child poverty begets adult poverty.  We are all poorer for it, in the end.

Now, I am not trying to be naive, and I do think there is a legitimate and rational role in government trying to incentivise people to work.  But, not where children are punished.  The long term outcomes of pursuing such a punitive policy do nothing for us as a country and only serve to drive further the wedge of inequality we are seeing more in our society.

So, where does this leave us?

First, Working for Families needs to be discarded.  It simply does not work and has led to no tangible reduction in child poverty.  This current government should repeal it and the opposition parties should be public in condemning Working for Families (the package was brought in by Labour).

Second, hats off to CPAG.  Although ultimately unsuccessful at the Court of Appeal stage, CPAG represents civil society holding the government to account against human rights standards.

This is extremely important.  As we have seen, this government has shown and continues to show a complete disregard for the concept of a representative democracy.  As New Zealanders, we generally prefer not to kick up a fuss, but I feel that there simply has to be more scope for strategic litigation in our courts.  This is particularly so in combating inequality: we need a pluralist strategy to achieve egalitarianism, not just through political action (ie, relying on a political party platform), but through civil society mobilisation, public education, public discontent, and smart strategic litigation.

Third, this case highlights the government’s terrible attitude to being tested in the courts.  The Crown has tried every little procedural trick it could to drag out being scrutinised and overcome CPAG with its minimal resources (litigation ain’t cheap).  The Crown supposedly has a principle of being a model litigant, and one would assume that would include being happy to have one’s policy and legislation tested against fundamental human rights.  In future, the Crown should act as a genuine model litigant and welcome debate through public and judicial scrutiny.

Fourth, the Court of Appeal is not our highest court.  While this court was not brave enough to act as a genuine check on a flawed and discriminatory government policy, the Supreme Court possibly beckons.

Will Child Poverty win again or will we actually do something about it?