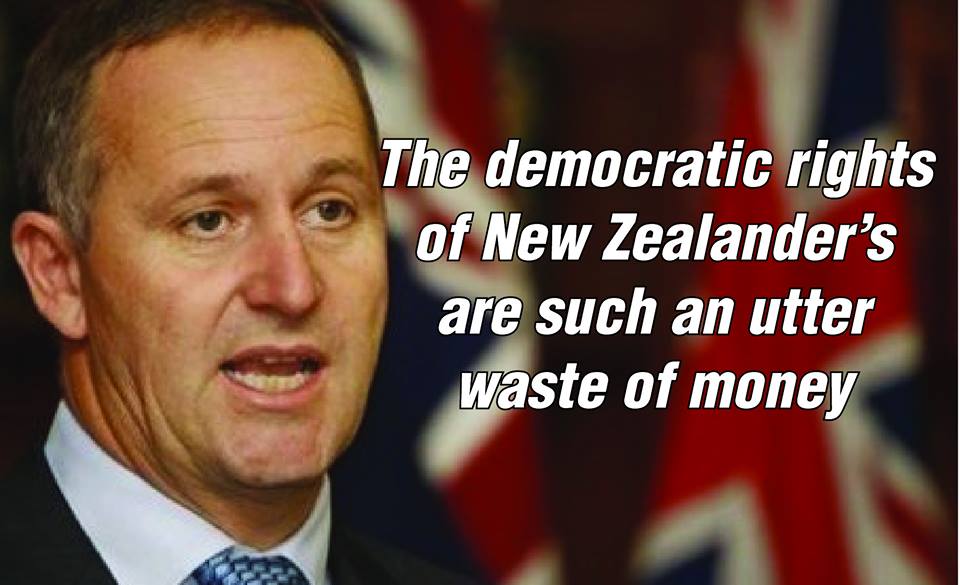 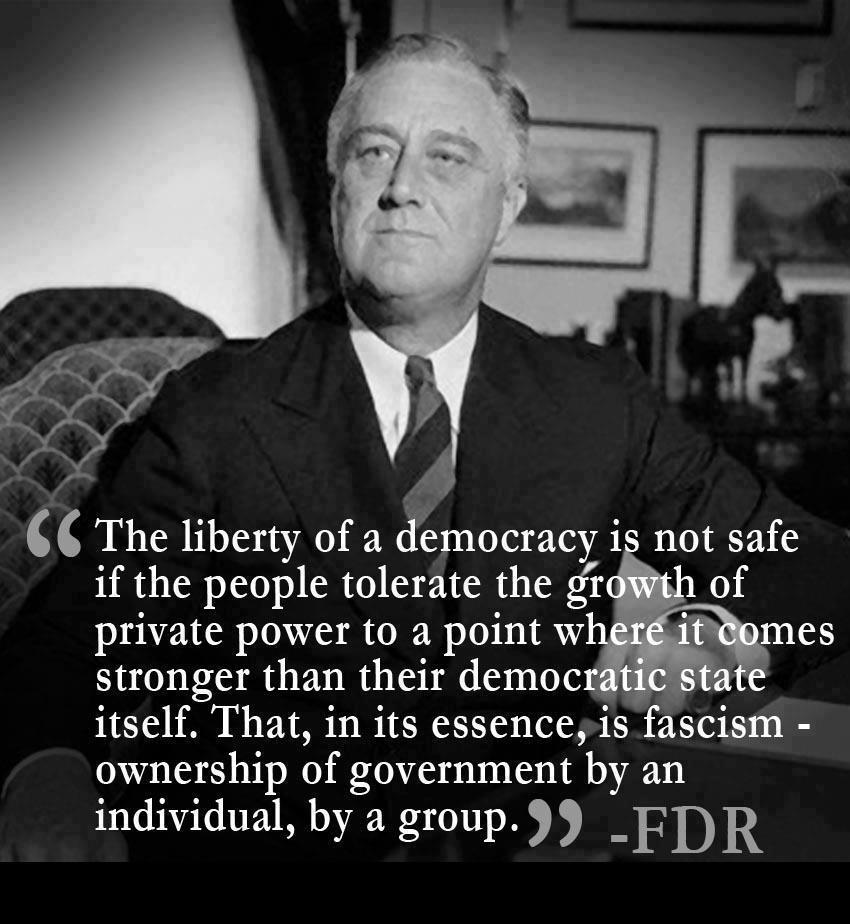 It probably hasn’t escaped your attention that the Prime Minister of New Zealand, John Key, is often an autocratic leader who has very little concern for acquiring a consensus from the people he rules over. More often than not his decisions are subject to neither egalitarian principles nor any real legal restraint whatsoever. Isn’t that consequently the antithesis of a true democracy, in other words a dictatorship?

I don’t use the term lightly, as there are clear implications to being labeled a dictator. After all, dictators are often overthrown in bloody revolutions that sometimes leave the country in a worse state. It’s not likely to come to that here in Aotearoa though. We do, after all, have the vestiges of a democracy left to us in the form of voting every three years for whatever party we dislike the least.

Despite the fact that between 63 to 80 per cent of Kiwis surveyed are against asset sales National somehow managed to form a government in 2011. That’s because elections aren’t held on any single issue and people were led to believe, via polls and the media, National would easily win. They did not bother voting on the basis the result was a done deal. National think winning the last election gives them a mandate to push ahead with partial privatisation of our most profitable assets. They believe attaining power gives them the ultimate right to use it however they wish, never mind how the majority feel.

A dictatorship is basically defined as power to govern without consent of those being governed. While the National led government might have the power to govern in general terms, they do not have the consent of the people to sell assets. With a clear majority of the public against the scheme, a citizen-initiated referendum will show there is no public consent for the asset sales agenda to go ahead. Unfortunately Key has already ruled out delaying the fire sale or abiding by the referendum’s result. The Prime Minister is in effect acting like a dictator.

It’s not the only case of authoritarianism being displayed by our current right wing government. Take for instance their controversial mining policies that have been rammed through without any proper consultation process. Even though they previously backed away from their foolish plans to mine national parks, in the face of widespread protests, National is opening up almost our entire conservation estate for both mineral and petroleum exploration.

This environmentally unfriendly government are hell bent on risking everything we hold dear to please their corporate buddies. Following on from the Anadarko Amendment, which attempts to prohibit peaceful protest at sea, National plans to increase oil exploration in our coastal waters and at depths more than twice that of the Deepwater Horizon. What’s worse is they will not even notify the public about such dangerous activities. Like the previous law introduced under urgency, the new law won’t go through a normal select committee process either, meaning there will be no opportunity for the public to make submissions; not that the government listens to people’s submissions anyway.

Another recent example of National’s dictatorship is the GCSB amendment bill, recently passed through parliament by the slimmest of majorities. Despite overwhelming public sentiment and the majority of submissions being against the government increasing the GCSB’s spying powers, they went ahead with the law change anyway.

Once again our so-called representatives weren’t concerned with public opinion, with up to 89 per cent of those polled being against the new spying legislation. When the Human Rights Commission came out strongly against the law change, Key arrogantly threatened to cut their funding. If that’s not dictatorial behavior, I don’t know what is.

While the mainstream media and blogosphere was exploding with anti-spying articles, finding any argument in favour of the law change from anyone but the government and their propagandists was difficult. None of that mattered to Key and his cronies though. They totally lost the debate but passed the GCSB amendment bill anyway, just as they will pass the equally contentious Telco Intercept Bill into law as well…without a mandate from the people they govern.

Governing to the will of the people is the fundamental principle in a democracy. With National riding roughshod over the wishes of the majority on a raft of various issues, we do in fact have a dictatorship. Thankfully we have an opportunity to overthrow this despot of a Prime Minister and his cohorts next year. Let’s start by encouraging everyone we know to exercise their democratic right and vote National out in 2014.