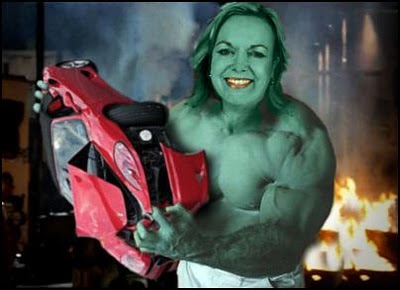 There was another very significant piece of political maneuvering the week that Shearer resigned that unfortunately went largely unnoticed: for the first time since Key has been the leader of the National party, one of his MPs came out and publicly criticized him.  And not just any MP but Judith Collins, the person tipped to take over from Key when he steps down, came out swinging over the Henry inquiry, which was initiated by Key himself.

This is significant for two reasons:

1. Collins must believe that she has the numbers and support in caucus to go after Key.  Collins is not stupid and so this move was designed to test the strength of her support versus that of the PM on an important issue of principle, as well as show her supporters that she will not shy away from a fight (my understanding is that she was only articulating what a significant number of National MPs were saying behind closed doors). To me this is the first signal that there must now be some manoeuvring behind the scenes in the National caucus and that all is not happy in camp Key;

and  2. Key knows very well that disunity and ill-discipline is the one thing that the public will not tolerate.  It is no co-incidence that all three Labour contenders for the leadership talk strongly about unifying the caucus.  The reason for this strong rhetoric is that all have been privy to Labour polling which makes it very clear that nothing turns voters off more than public bickering within a political party.

Key won in 2008 because every one of his MPs remained totally focused on taking down Helen; and the only way to do this was exercise the same level of discipline that Helen herself was famous for.  We will never know exactly how many bodies deputy PM Cullen and Chief of Staff Simpson buried before the stench became public, but what we do know is that any whiff of dissent or ill-discipline was dealt with swiftly.

Only through unity can a political party ever hope to win (or retain) the treasury benches. In fact Labour’s caucus has been put on very public notice by Jones, Cunliffe and Robertson, that if they simply can’t accept the result (and there are always losers in any leadership contest) then go, and go quietly and with dignity.  For some this will be hard.  If Cunliffe wins, it will be interesting to see how the very staunch few of the ABC club react, because the ability of the new leader to unify the caucus – and deal quickly and efficiently with those who may be tempted to show disunity – will be crucial if Labour is to have any chance of winning in 12 months time.

One of the main reasons why Shearer’s tenure ended so badly was because the public did not have confidence that the leader was in control of his caucus. Politically, this will always be fatal as it allows the politics of identity and factionalism to rise to the surface and undermine any pretence of unity and solidarity; which are so important to any political party’s chances of success.

It would have been interesting to be a fly on the wall in the National party caucus room the week after Collin’s criticisms, but I suspect Key knows that he has also been put on notice: don’t f*** with very senior colleagues who have ambitions or else you may well find yourself met by a delegation at the airport telling you that you no longer have the numbers. Et tu Judith and Bill and Steven and Anne and…