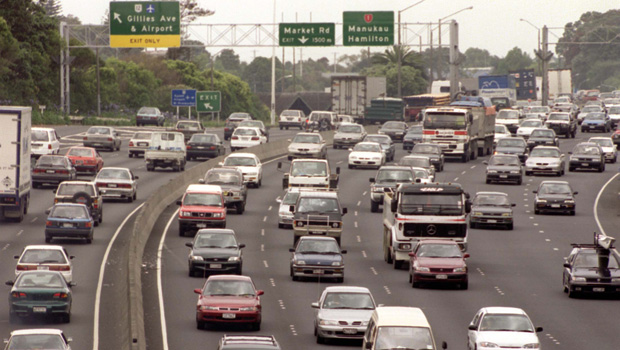 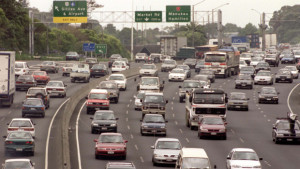 Two recent reports have highlighted the economic insanity of the Government’s motorway programme. You may think “insanity” is a bit OTT, but I use it to mean something quite precise: doing the same thing over and over and expecting a different result. Nothing sums up current transport policy better. (NB, this is not the technical legal definition as in S23 of the Crimes Act.)

The first is an article in Policy Quarterly by former Commerce Commission chief economist Mike Pickford. It catalogues the fall in economic efficiency of state highway projects since National took office.

It is a very conservative analysis. It simply looks at the fall in economic efficiency according the traditional method of economic evaluation – which still overstates the benefits of highway projects generally. 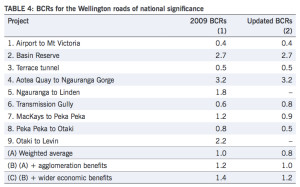 One interesting point is the decline in the benefits of the Wellington Northern Corridor. This is arguably the worst of the RoNS (roads of significance to National) because it is hugely expensive and will damage many communities in the Wellington region. It includes gems like, the Basin Reserve Flyover, Mackays to Peka Peka (aka the Kapiti Expressway), and Transmission Gully.

The benefit to cost ratio (BCR) listed for Mackays to Peka Peka and Transmission Gully in the table to the right have still been exaggerated to the highest possible value, and yet the whole project still can’t get enough benefits to offset its costs.

I say possibly because it is entirely likely that the cost of motoring will get higher over the next three decades, and demand for vehicle trips will not grow as fast as projected in the report.  ‘Phew’, you may think, ‘well why are you claiming it will make congestion worse?’

The issue is the projects are being justified on the claim that they will reduce future congestion. But they won’t. If all the conditions we have now hold or oil prices decline, these projects will make congestion worse.

But what if conditions change? If we spend $3 billion (or $5.4 billion if National goes ahead with the private loan for Transmission Gully) on these motorways and petrol gets so expensive people can’t afford to use it, we’ve really screwed ourselves over. It means we don’t have the money to spend on projects that would enable people to get around without spending heaps on cars and petrol.

It will mean that people will be forced to travel less, or spend more to engage in the same amount of travel, and either way that isn’t good for the economy or people. 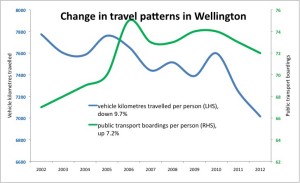 Of course the craziest part of this whole plan is that the Government is STILL delaying the City Rail link. So, while we expect rapid population growth in Auckland (growth equivalent to the population of Wellington), and that is clearly the place that needs game-changing investment, National is plowing ahead full steam with ill-conceived motorways that will destroy communities in Wellington. Where there isn’t much population growth, and traffic volumes have declined 9% over the past decade.

So, if National gets their way, ten years from now it will be the fuel taxes of Aucklanders stuck in traffic (because they have no better option) that will be paying $15 for each car that uses Transmission Gully.

Insane is too polite a word for this.