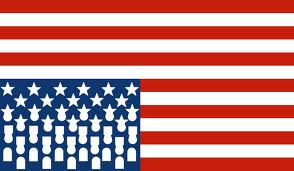 Do I believe that Assad’s brother who had been hurt by a suicide bombing days earlier ordered the chemical attack in a fit of rage? I certainly believe that’s possible, does that mean he had executive command tick off by the regime for such a war crime? Well that’s in doubt.

The horror of what has been inflicted upon the Syrian people must be answered for and one day the criminals responsible for it will be held accountable, but how on earth that justifies a unilateral cruise missile response has yet to be explained.

We have all been suckered in once by WMD lies with Iraq and watching our Prime Minister trade in our independent foreign policy to rush into giving America the diplomatic fig leaf of multi-national support should jar every New Zealander.

Why we would want to destabilize Iran at a time when Iran is moderating itself is also suspicious.

In terms of international threats, six countries in the whole world have military bases in foreign countries.

Let’s not underestimate the American military industrial complexes desire to start wars wherever they can.

Rushing to rain death down upon the people of Syria for a chemical weapons attack that we can’t conclusively connect to the command and control structures of the regime has no morality attached to it.