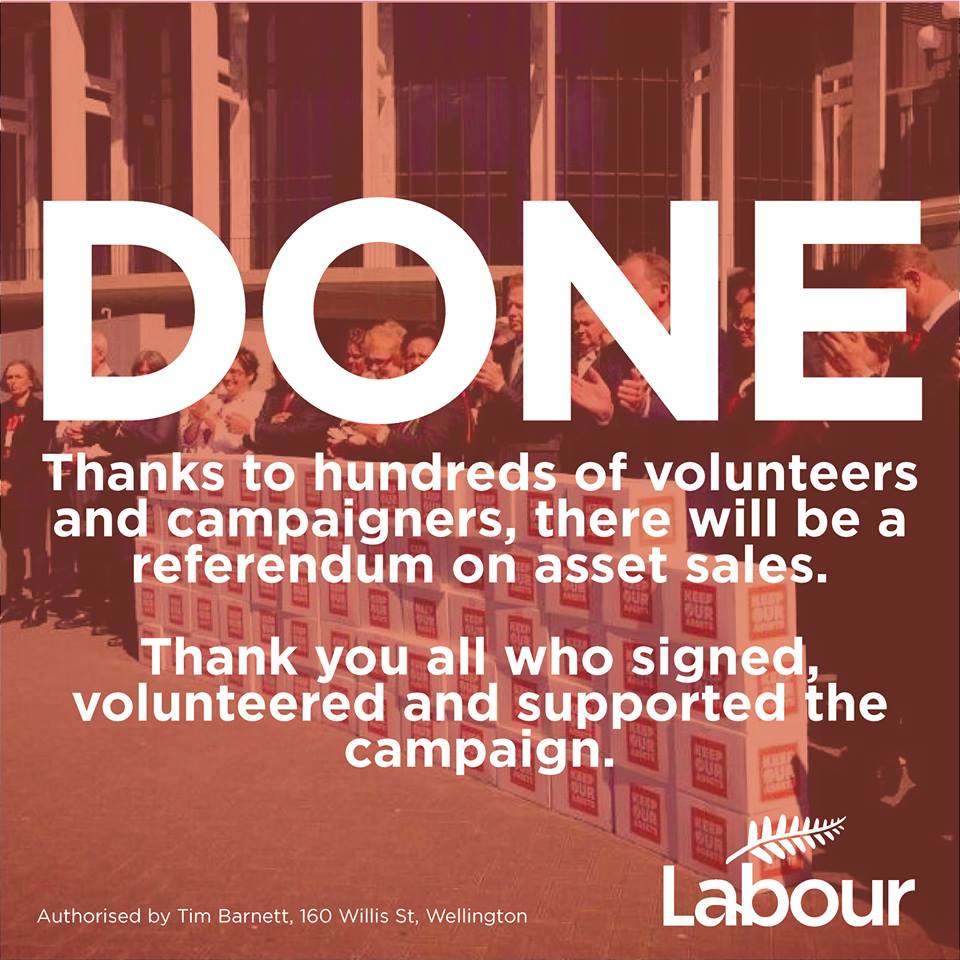 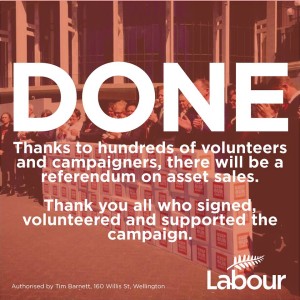 When Key is claiming a referendum on asset sales is an “utter waste of money” and claiming the cost of the Living Wage will be “unworkable and unbelievable“, you have to choke back the hypocrisy. This is the man who handed $30million in corporate welfare to Rio Tinto so that he could still sell Meridian and as for his back of the envelope calculations that the Living Wage would cost $2.5 Billion, I’m assuming this is the same envelope he used to claim the TPPA will make us billions and billions.

How is it that Key can make up a claim like the TPPA will generate billions and billions and he not get questioned once by the mainstream corporate media on those costings, yet they swallow whole any costing criticisms to help the poorest amongst us?

The referendum is a major win for the opposition, it gives them a rallying call and stokes the embers of genuine resentment that are now being fed against this Government. While Key and the gated cultural community that is National Party voters (70% of whom staggeringly don’t know anyone unemployed) have enjoyed the fruits of tax cuts and Asia’s unquenchable thirst for milk powder, vast tracts of NZ society have been left to rot in poverty, this social friction is starting to peel the vacant aspiration off Key’s empty brighter future as the latest Roy Morgan Polls continue to attest.

Key’s contempt for democracy is well documented after half a decade, but this is one time Key has no option but to at least allow the process to go ahead unmolested. Even if he chooses to ignore it, the people can see that arrogance and judge for themselves in 2014 if he is fit to hold office again.