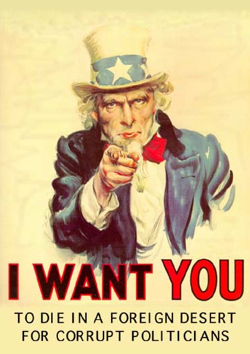 It’s difficult to write anything constructive about the situation in Syria.

What began as a popular uprising against Syria’s Assad regime has deteriorated into a bitter, civil conflict where numerous minor groupings are competing for space and power and the title to be the most barbarous.

Many are being funded and armed from outside as Syria becomes a battleground for the proxy wars of others. US President Barack Obama’s “redline” issue of the use of chemical weapons marks nothing but a continuation of the mindless brutality which grips the country.

Meanwhile the US is preparing to attack Syria with France and Israel his only significant allies. British PM David Cameron’s attempt to get majority support in the UK parliament failed spectacularly last week on the back of huge public opposition in the UK – despite his best efforts only 11% of Britons support the UK joining a US-led attack.

In 2003 the “coalition of the willing” to invade Iraq comprised the murderous half-wit George Bush, the deceitful liar Tony Blair and Australia’s revolting, “me-too” John Howard and a handful of other hangers on. Today even the US is struggling to get their people and politicians to endorse military action against Syria.

It’s more than a told-you-so moment when Obama finds himself on the side of Al Qaeda aligned groups – surely the ultimate ignominy for a country that went to war 12 years ago to defeat this network the US blamed for the toppling the twin towers. US hypocrisy is a stunning work of political art.

Prime Minister John Key’s response has been predictable. He says he will consider New Zealand supporting a US attack even without a UN mandate. Challenged that this would be illegal under international law Key says such a government decision would be justified morally because of the horrific use of chemical weapons. John Key’s selective morality is consistent with National’s slavish alignment with US foreign policy.

Labour’s Phil Goff is little better. Rather than condemn a possible US-led attack on Syria Goff hedges around the issues more afraid to offend the US than assert a moral or legal position.

The use of chemical weapons is as chilling and deadly as the use of drone strikes, depleted uranium and cluster bombs – the US weapons of choice – but this is lost on Labour’s US-oriented Foreign Affairs spokesperson.

It’s important for the UN and countries like New Zealand to condemn all outside intervention in Syria. It’s a position which is easy to assert but difficult to enforce while the US and others posture and plan unilaterally.

When a country is in a pressure cooker like Syria turning up the heat will cause much greater harm to the population overall. The evidence for this is everywhere but there are no better examples than Afghanistan and Iraq which, more than 10 years after US (and NZ in the case of Afghanistan) invasions and occupation, are more deadly and dangerous than ever for their local populations.

Left alone the Syrian people have the best chance to develop democratic civil society structures which over time will assert themselves against the myriad of lunatics and religious extremists whose influence rises in a pressure cooker.

We need to do our best to turn the heat down and start by condemning all foreign intervention in Syria and any US strike against the country.