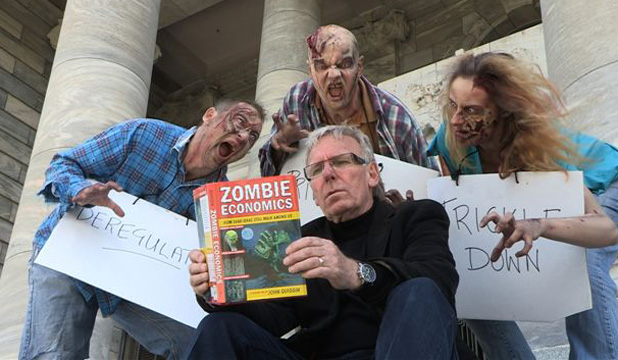 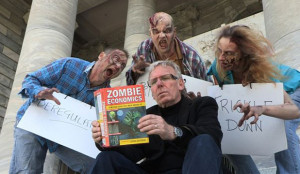 The land of milk and honey?

Like many Kiwis who watched campaigning documentary maker Bryan Bruce’s Mind the Gap on Thursday night (29 August 2013), I found it sobering and confronting.  I came away with a strong sense that, like our ‘clean green image’, the perception of New Zealand as the land of milk and honey is, for so many of our people, a complete myth.

New Zealand has a widening gap between rich and poor.  It’s significant, getting worse, and  the National-led Government’s policies are contributing to this growing human crisis.

This is a story about how, as Bruce put it, the middle class is getting squeezed from two directions and has become the ‘struggling class’, while the wealthy, continue to prosper at everyone’s expense.

It’s a story about hard-working New Zealanders’ constant struggle to keep their heads above water and do their best for their children.

The National-led Government would have us believe that welfare reforms and punishing beneficiaries will solve all our problems. The figures from last night’s documentary show that beneficiaries are not the issue.

The documentary said our country loses $23 million in benefit fraud each year, while we lose up to $5 billion in tax evasion. Think about that disparity – where do you think the Government’s priorities should be?

Today’s Kiwi kids will be the first generation to do worse than their parents. And of those kids 270,000 are growing up in homes that can’t provide the food, clothing and warm environment that they have a right to expect.

As a first step, we need a living wage and we need a fairer tax system, including making sure the rich pay their share of tax and a capital gains tax. We need to strengthen our industrial laws, including industry standard agreements.

The National-led Government is all about short-term gains at the expense of the kind of long-term growth that will sustain the Kiwi dream.   Instead, we lurch from year-to-year, while families around the country struggle with increasing power prices, food prices and rents.

The challenge is to believe that we can make a difference; that the issue is not too big or too hard. We do want to keep the Kiwi dream alive and have a strong society where everyone has a fair chance and a fair share.