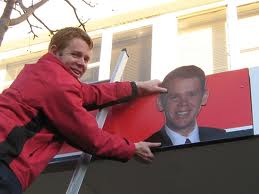 The next few weeks are going to be interesting as we wait to see who will lead Labour and who will very likely be prime minister by the end of 2014.

Regardless of who this person will be, it is the next minister of education that will be so crucial to the future of New Zealand education.

No exaggeration. The damage to primary school education caused by the policies of National-led government and implemented by Anne Tolley and Hekia Parata, is already extensive, and there’s another year’s worth of horror yet to come.

As I covered in my last article about Paulo Freire’s book “Pedagogy of the Oppressed,’’ there are two competing philosophies of education.

1.  Training children to participate in the workforce by focusing on a narrow range of skills

Since the establishment of compulsory schooling in the 19th century, this has been the preferred philosophy espoused by the dominant forces in society, whether the aristocracy in the past, or the plutocracy of today.

Teaching the masses how to think is the last thing the power groups want, otherwise they might start to question and challenge their lot, and we all know where that leads – the shift to the left that Key fears so much, and, even worse, that dreaded ‘s’ word (socialism) that David Cunliffe used at his leadership campaign launch. Quelle horreur.

The National led government’s policies are very obviously skewed towards this vision.

2.    Educating children to their full potential through expanding their minds.

This is the humanist approach – enabling all children to achieve their potential as human beings, not just as cogs in the workforce.

Opposition parties all have education policies that reflect variations of this vision.

New Zealand’s children are paying the price of the ideological semi-privatisation and standardisation of primary education. Delay in correcting this is painful to contemplate – these are our kids and grandkids who are missing out on their life’s opportunities through the narrow, restricted, mind-killing schooling system imposed by the government. The correction needs to start immediately after the election, and so the appointment of the minister of education in the next government is extremely important.

I’ve seen many ministers of education come and go over the last 40 years; have seen some real horrors (the present incumbent and both Dr Smiths for example), while the bulk of the rest been fair. Only a few have made a significant and positive contribution to education.

Present Labour Party Spokesperson on Education Chris Hipkins has the makings of becoming one of these few. This is providing he keeps to his present path – his referencing of Peter Fraser and Clarence Beeby was an excellent start.

It was Fraser and Beeby who established the primary school education system that served New Zealand so well until the neoliberal destruction that was commenced by the fourth Labour Government and extended under this government.

It was Fraser and Beeby who developed a vision for education in 1939 that still rings true today:

“The Government’s objective, broadly expressed, is that all persons, whatever their ability, rich or poor, whether they live in town or country, have a right as citizens to a free education of the kind for which they are best fitted and to the fullest extent of their powers. So far is this from being a mere pious platitude that the full acceptance of the principle will involve the reorientation of the education system.’

Earlier this year Hipkins said, in a speech to the New Zealand Principals Federation,

‘Today, just as we did in Peter Fraser’s time, Labour recognises that every child is different, that children learn different things at different times, and that students are far more likely to be engaged in education if they are taught a broad and varied curriculum. Yet the current National government seems intent on narrowing the focus of our education system, setting arbitrary hurdles that every child has to jump at the same time in order to be deemed a success. They start from the presumption that the education system is inherently broken and needs to be fixed, rather than starting with an acknowledgement that we already have one of the best education systems in the world and our true challenge is to move from great to excellent.’

How would this look in action? We don’t need to look very far. In 2007, the New Zealand Curriculum was released to world wide acclaim, and implementation was well underway when the National led government took power in late 2008.

Schools were focused on developing rich educational programmes that would fulfil the goal of the New Zealand Curriculum:

‘Our vision is for young people:

All this came to a screeching halt in 2009 as schools struggled to scale back their thinking to the narrow and restrictive policies now emanating from the Ministry of Education, on behalf of the government.

Over many years, one of the leading voices in the campaign for rich and meaningful education has been Taranaki’s Bruce Hammonds.

‘So it is time, if education rather than politics is to be the winner, to return the focus back to the 2007 New Zealand Curriculum – a curriculum, if implemented to the full, requires more than tinkering at the edges. It needs to become central. At present it has become side-lined; it is, as one English critic has written, ‘the evil twins of literacy and numeracy have all but gobbled up the entire curriculum.’’’

‘The curriculum document offers schools ‘the scope, flexibility and authority they need to design and shape their curriculum so that teaching and learning is meaningful to their particular communities. In turn the design of each school’s curriculum should allow teachers the scope to make interpretations in response to the particular needs, interests, and talents of individuals and groups of students in their classes.’’

This is as far from the present government’s education policies as it’s possible to get. The next Minister of Education will be faced with the dual challenge of negating the damaging policies (after six years this won’t be easy) and re-establishing the emphasis on the rich holistic learning experiences inherent in the New Zealand Curriculum and even more so, in the vision expressed so well by Peter Fraser and Clarence Beeby.

New Zealand primary education can regain its rightful place alongside Finland in world education, and Chris Hipkins is showing that he understands and appreciates what needs to be done.

Whatever the result of the Labour leadership campaigns, and any reshuffling of portfolio responsibilities by the new leader, there is one that must not change: Chris Hipkins must remain Spokesperson on Education and he must be the Minister of Education in the next government.