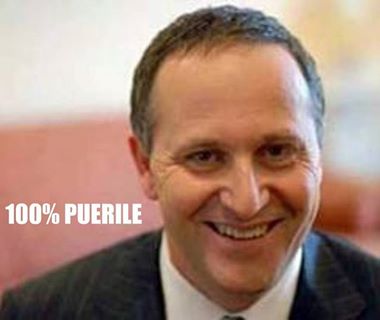 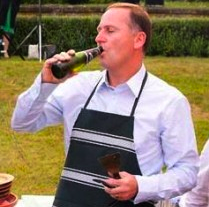 On Tuesday, John Key, a politician not known for his honesty, claimed that David Cunliffe was lying when he said it was “highly unlikely” that Russel Norman would become the Minister of Finance in any future Labour government.

Although some Green party supporters may have been disappointed that both Robertson and Cunliffe effectively ruled out Norman from the finance position, they certainly didn’t appreciate John Key going on the offensive in such an underhanded way.

Perhaps on the advice of his minions, or thinking it an opportunity himself, the National party leader ended up making a dogs breakfast of the situation. Instead of having the desired effect of undermining any Labour Greens accord, Key’s allegations backfired. The general public is now questioning the honesty of the Prime Minister and in politics, a lack of credibility equates to loss of votes.

In the lead up to the next general election Kiwis will be focusing their attention on who to believe and what the political parties actually stand for. There is already widespread optimism about a reinvigorated Labour party working in the best interest of all New Zealanders and Key’s negativity isn’t likely to shift people’s attention away from the things that really matter like jobs, housing, social security, privacy and the environment. Clearly a positive vision for the future is going to beat National’s negative politicking hands down.

The attention Labour’s leadership race is attracting this far out from an election is a good indication of the mood of the country and the subject looks set to dominate the news cycle in the coming weeks. The leadership race will hopefully also increase unity within Labour.

Meanwhile the right wing propagandists can only watch with jealousy from the sidelines while their foolish leader tries to wing it with yet more schoolyard buffoonery. As Labour gains the higher ground with better policy and superior tactics, the right wing is resorting to disinformation about Cunliffe and personal attacks on Robertson, diversionary tactics that are clearly failing to gain any real traction.

In turning negative, Key was clearly trying to drive a wedge between Labour and the Greens. The Prime Minister was in effect attempting to revive the same old disunity that undermined David Shearer. He obviously realizes that a divided opposition is the only thing that will keep him in power.

The problem for John Key is that he’s relying on there being plenty of voters who believe Labour and the Greens are bad no matter what. Unfortunately for him it’s a belief only held by hard core Tories. Most people have realized by now that National has failed to deliver the brighter future. Apart from a few election bribes the National Party appears to have nothing else to offer. They therefore don’t deserve to win in 2014.