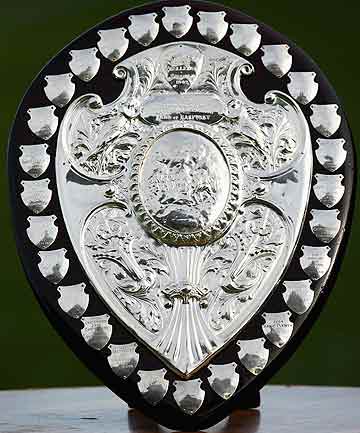 On Friday night the Otago rugby team won the Ranfurly Shield for the first time since 1957, beating Waikato 26-19 in Hamilton. Dave Cull boasted he was “the first mayor since Sir Leonard Morton Wright” to welcome the legendary challenge trophy back to Dunedin. Greeting and celebrations met the team at the airport on Saturday and Forsyth Barr Stadium on Sunday. Heroes from the ’57 team have reminisced publicly and fondly. As I make my way around the city, whether its door knocking in the North East Valley or catching the bus home from work, a recurring theme has occurred in the responses from people I talk to: “It’s good to have some good news for a change!” It gives the community something positive to rally around, should they want to take it. In what are fairly tense times for the Town Hall, managing restructuring decisions made by the current government and financial decisions made by previous Councils, a little civic pride could be good for us all.

A community needs to be able to puff its chest out a little bit before it can accept the challenge of turning itself into a world leading city for the 21st century and beyond. It is easy to become quagmired in the bleakness of financial reporting, or the planet perched on the edge of collapse. There’s no point solely focusing on paying off debt if you end up with a city nobody wants to live in. If we ignore the threats to our environment we will end up with a city that nobody can live in. These are both critical issues and need to be dealt with together, but they both require the entire community to get behind them before they get any real traction. A buoyed city, regardless of where the buoyancy comes from, is more likely to provide the energy they need to harness to make this happen.

A younger version of myself would have argued the classic update on Marx, that sport was an opiate of the people, a distraction to keep them from fighting for a better life. There is nothing worth doing until the liberation of the proletariat is complete. Now, I think an enthusiastic, even emphatic community is an opportunity for the City Council, and should be pounced on. In the New Zealand tradition, more people care about who captains a winning team than a losing one. If the City is seen to be doing well, people will be more interested in participating in this October’s Local Body elections.

I understand the bitterness some feel towards the Otago Rugby Football Union, given the money we have had and have to spend on it and its surrounding infrastructure; the reluctance of some to support what they see as a macho and violent culture in parts of this country; the completely acceptable position of showing no interest at all in athletic endeavor as a spectator. I acknowledge those concerns, and am in no way demanding that people put ignore them. We can acknowledge the problems that need to be addressed long term, and still try to benefit from the boost to our participatory democracy in the short term.

Let me be clear: I am not arguing for the ongoing subsidies and bailouts of the ORFU by the DCC.Taking advantage of the situation should not in any way lead the ORFU to believe that all is forgotten. They owe the people of Dunedin for their current solvency, and this is an opportunity to go some way to rebalancing that ledger. I don’t care if they have to give them away to kids, discount tickets for students, hawk them on street corners, the ORFU need to fill that stadium for each and every one of these Ranfurly Shield defences, starting this Sunday. We’ve done our bit in paying for it. The Otago side have done their bit to give people something to fight for. The ORFU has a responsibility to make sure the atmosphere is there to throw fuel on the fire of the city’s new passion. They may never repay the money we gave them, the least they can do is help us build a more engaged community that wouldn’t let it happen again. The stadium we built for them was paid for by the community, and

This may sound very doe-eyed and naïve of me to think that we can turn the winning of a regional heirloom into a shot at building a better Dunedin, and I certainly agree that it is hugely optimistic and ambitious, but aiming high and falling short beats treading water and clinging on for survival every day.

Now, all we need is to see off Hawkes Bay, Manawatu, Southland …