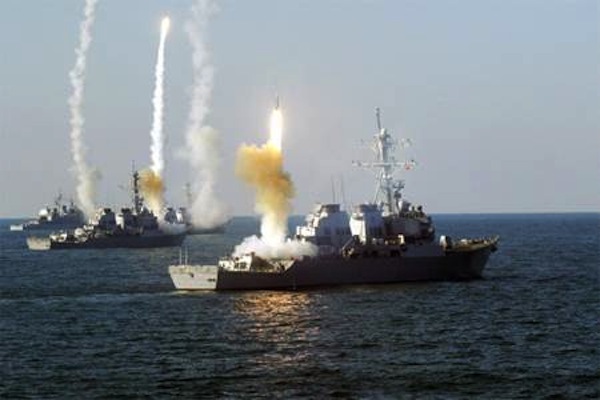 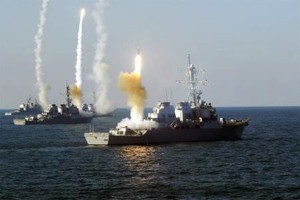 MEANWHILE, in the Mediterranean, warships of the United States Navy’s sixth fleet, are moving into position for a cruise missile strike on Syria. Once again, without the sanction of the United Nations; without independent verification of the claims levelled against a fellow UN member; and without even the slightest threat to its own citizens, property or territory; the United States Government is about to commit an act of military aggression against a state with which it is not at war.

Snarling at Uncle Sam’s heels are those two former imperial jackals, Britain and France. These two nations, we need to remind ourselves, are the ones responsible for igniting the last 100 years of ethnic and religious conflict in the Middle East.

In 1916, at the height of the First World War, Britain and France cynically divvied up the former territories of the Ottoman Empire between them. Under the infamous Sykes-Picot agreement, France got Syria and Lebanon, and the UK got Palestine, Trans-Jordan and Iraq. A year later, on 2 November 1917, the British Foreign Secretary, Arthur Balfour, promised the Jewish people a homeland in Palestine – blithely ignoring the fact that the territory was already populated, overwhelmingly, by Arab Muslims.

A little later, in 1943, Uncle Sam’s boots hit the Middle East. It was under President Franklin Roosevelt that the House of Saud was guaranteed US protection in return for access to what the New Zealand oil prospector, Frank Holmes, assured his American clients was a veritable ocean of oil lying untapped beneath the Arabian desert.

Fast forward 13 years, to 1956, when Britain and France use a jacked-up Israeli invasion of Egypt to justify their joint military operation to “protect” the recently nationalised Suez Canal. The Americans, who have not been invited to participate in this particular Anglo-French adventure, decide to show these two imperial relics what happens to countries foolhardy enough to do a little business on the side without their American Godfather’s permission. Britain, France and Israel are forced to withdraw their troops. Sir Anthony Eden, the British PM, resigns in disgrace.

During the First World War, T.E. Lawrence, “Lawrence of Arabia”, persuaded its petty princes and tribal chieftains that a single Arab kingdom, embracing the whole of the Arabian peninsula and what is now Iraq, Syria, Jordan, Israel and Lebanon, lay within their grasp. Had the British and the French allowed this promise to be kept, the Arabian Federal Republic would now be a significant global power.

Except, of course, that even as Lawrence was promising the Arabs a rebirth of Islamic greatness, his masters were taking every possible step to ensure that they remained weak and divided.

It’s 2013 now, and preserving Arab weakness and division remains the firm policy of the United States and its Western allies. Why else would they prop up absolutist dynasties like the House of Saud? Why else would they back military dictators across the Muslim World? Why else would they send their armies to depose any Arab leader foolish enough to operate outside the “protection” of Uncle Sam and his imperial jackals?

BUT, “Hang on,” I hear you say, “this is about Bashar al Assad’s use of chemical weapons – Sarin Gas – against his own people. Women and children. The US, Britain and France are merely attempting to fulfil their internationally recognised ‘responsibility to protect’ the Syrian population from ‘atrocities’ and ‘war crimes’ about to be perpetrated by their rulers.”

All very noble, but the use of Sarin gas has yet to be confirmed by the team of United Nations inspectors already on the scene. Nor has there been any independent verification that, even if Sarin has been used, it was with the full authority and at the explicit behest of the Syrian Government. The possibility that chemical weapons may have been unleashed by rogue elements within the Syrian armed forces, or, even worse, by one or more of the fanatical Islamist militia groups making up the Syrian Armed Resistance, has yet to be fully explored.

Speaking on Radio NZ-National’s Checkpoint last night (27/8/13) Bob Rigg, former Senior Editor with the Organisation for the Prohibition of Chemical Weapons, warned that:

“Two or three months ago, five men were arrested in Iraq who belonged to Al Qaeda in Iraq, and they were found to have produced Sarin and Mustard Gas. And a little while later arrests were made on the border in Turkey and the individuals who were arrested were found to be in possession of Sarin.”

Rigg then drew attention to the statements of a former International Criminal Court Chief Prosecutor:

“Carla Delponte, the former Chief Prosecutor of the ICC in the Hague, who was in one of the UN missions outside of Syria, went public about three months ago … and said that in her view it was ‘probable’, not certain, that the rebels had produced some Sarin. She broke ranks as a member of a UN team … and, in my view, the only possible explanation for that is she knew her team was politically divided, but she was convinced that it was seriously possible that the rebels were producing Sarin and she wanted to get that information out.”

If all this sounds familiar it’s because the sequence of events: the refusal to countenance contradictory evidence; the relentless progression towards the launching of an illegal military attack upon an Arab state; is almost identical to that which preceded the United States-led invasion of Iraq in March 2003.

The British Prime Minister, David Cameron, purporting to make out the “moral case” for an illegal attack against Syria, declared earlier today (28/8/13): “This is not about wars in the Middle East, this is not even about Syria. It’s about the use of chemical weapons and making sure as a world we deter their use and deter the appalling scenes we have all seen on our TV screens.”

THE POSSIBILITY that approximately 350 human-beings (Médecins Sans Frontières estimate) may have succumbed to the excruciating consequences of absorbing Sarin nerve agent is – regardless of its source – undeniably horrific. Yet, Cameron’s reference to the “appalling scenes we have all seen on our TV screens” is curious.

The consequences of being struck in the stomach by a high velocity bullet are no less excruciating than absorbing Sarin. A woman or child torn apart by the explosion of a rocket propelled grenade is no less dead than those whom Sarin has poisoned.

Why, then, are the Western states preparing to unleash cruise missiles on Syria for its Government’s alleged use of chemical weapons, but remaining utterly silent about the tens-of-thousands of Syrian civilians killed by the bullets and RPGs of the Syrian Armed Resistance? Is it because these equally deadly munitions were supplied by the Western states’ allies, Saudi Arabia and the Gulf States? Or, even worse, by themselves?

And these same Western states, who talk so self-righteously about being forced to operate without the blessing of the United Nation’s Security Council – because of Russia’s and China’s “obstruction”. Could they be the same states that threatened to unleash hell if any UN member dared assert its “responsibility to protect” the Palestinian inhabitants of Gaza when they were under attack by Israeli forces using White Phosphorous?

The yawning chasm of hypocrisy that separates the Western imperialists’ words from their deeds is now grown so wide that the entire US sixth fleet, and its cruise missiles, could sail through it without touching the sides.