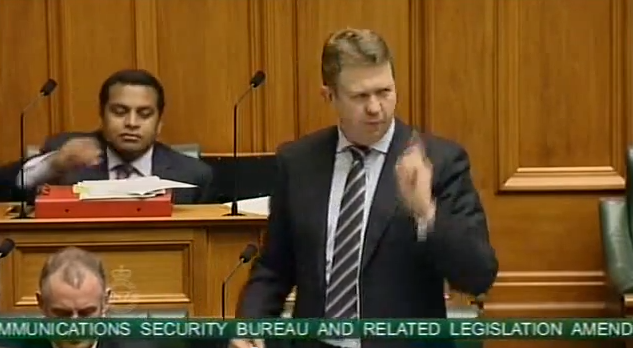 David Cunliffe could be a reconstructive prime minister and lead a big change government.

Telecom… wielded its power without compunction for at least 15 years, ever since Richard Prebble turned a state monopoly over to the tender mercies of Telecom’s new owners for peanuts, and without putting any safeguards for consumers (or for business) in place. It was a situation that couldn’t last. The Lange government had created a monster, and National’s Maurice Williamson sat by idly watching this out of control corporate beast pile up the profits at everyone else’s expense, for the entire 1990s… [Telecom] was finally outfoxed by David Cunliffe and his Boy Scout wiles.

Cunliffe demonstrated a level of interventionism (and political skill) that was in short supply in the disjunctive Clark government. There wasn’t an aversion to taking tough decisions. In 2008, as the then Minister of Health, Cunliffe dismissed the Hawkes Bay DHB over political, financial and conflict of interest troubles. I’m not convinced Grant Robertson is or wants to be a similarly reformist:

Labour Party deputy leader Grant Robertson has moved to try and reassure financial markets that its sudden lurch to favour central planning in the electricity industry is one-off.

Robertson says: “Labour makes no apology for stepping in to fix problems in the electricity sector. But this is not a signal that Labour is going to intervene elsewhere in the economy.”

DPF helpfully (and rightly) divides ministers into leaders, administrators and bumblers. Leaders impose their policy priorities, administrators manage the existing consensus and bumblers bumble. I’ve no doubt Robertson could lead a new consensus, but he seems to fit within Clark’s culture of incrementalism rather than, say, the first Labour government’s reformism.

Cunliffe doesn’t (I think). In a  positioning speech in 2012, Cunliffe attacked the neoliberal consensus and expressed his belief in the need for change. In 2012 he told Guyon Espiner:

[Cunliffe believes] The left will no longer play second fiddle to the right as it has these past three decades. “The left of politics had to really adapt. You got Clinton’s Democrats. You got Blair’s Third Way, which to some extent had to accommodate and triangulate on triumphal markets and the Washington Consensus, and then the great crash of ’08-’09 happened and I reckon – we reckon – that that changes things again,” he says. “That gives not only the necessity but the freedom for us to ask big questions about do those policy settings, pre-crash, fit our people well for the future? And the answer in many cases is no.”

This afternoon Cunliffe also announced he would change New Zealand’s tax settings. The Labour Party must decide between what sort of party it wants to be. An extension of the fifth Labour government- and that’s what I think Robertson represents – or rejection of the fourth Labour government – that’s what I think Cunliffe represents. Disjunctivism (Robertson) or reformism (Cunliffe). I’m picking reform.

Post-script: I could be wildly wrong about this. Cunliffe might tack well to the centre and abandon any notion of reform if he secures the leadership. Robertson – who I think is more than capable to lead a successful government (but my second choice) – might actually be the reform candidate. Though I see no evidence for that belief. Also, I’ll discuss Shane Jones’ candidacy at Maui Street over the next few days.