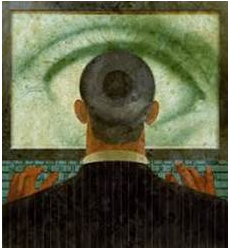 THE LEGISLATION establishing the new improved Government Communications Security Bureau (GCSB) with expanded powers, has cleared its final parliamentary hurdles and received the royal assent of the Governor-General, Sir Jerry Mateparae – its former Director. With a huge sigh of relief, the ghostly denizens of New Zealand’s “deep state” are gliding back to the shadows: to watch and to wait.

They will soon discover, however, that the shutters of their dark domain, forced open by Kim Dotcom’s legal team and the judgements of Justice Helen Winkelmann, have become quite difficult to close. Months of media scrutiny have directed a disinfecting sunlight upon this country’s secretive “intelligence community” – about which New Zealanders knew very little and, prior to Kim Dotcom’s botched arrest, were told even less.

The Security Intelligence Service (SIS) they had heard of. Likewise the “Waihopai Spy Base”. But the GCSB, Echelon, PRISM, X-Keystroke, the strange-sounding “Five Eyes Agreement” and the Officials Committee for Domestic and External Security Co-ordination (ODESC): these were names and acronyms unknown to all but the most determined lawyers, whistle-blowers and investigative journalists.

Because it’s not just Kim Dotcom and Justice Winkelmann that we have to thank for guidance in this secret world. It was Nicky Hager’s book, Secret Power, which first alerted the world to the Echelon system of global surveillance. And we must also thank Edward Snowden, currently of Moscow, but formerly a contract analyst for the US National Security Agency (NSA) based in Hawaii, for blowing the whistle – at exactly the right time – on the workings of not only New Zealand’s deep state, but also on the secret (many would say sinister) institutions embedded in the darkest corners of the United States and the United Kingdom.

But wait, hold up a minute! “New Zealand’s deep state”? What’s that? Surely New Zealand has only one state – whose institutions are open, responsive and accountable to every citizen?

Well, yes, that is the way that the promoters of liberal democratic theory would like us to think of the state. But, there are other ways.

In a 1955 discussion paper for the US State Department, the former US Secretary of the Treasury, Henry Morgenthau, argued that alongside the “regular state hierarchy” of the USA – the one that acknowledges the rule of law – there exists a deliberately obscure, almost hidden, “security hierarchy” that acts alongside the regular state. This secret, “security state”, wrote Morgenthau, maintains a constant watch over the regular state, and, unconstrained by the rule of law, wields sufficient power to “exert an effective veto” over its decisions.

The term “deep state” was itself formulated by Turkish political scientists to describe how the institutions out of which Kemal Ataturk constructed the modern, secular state of Turkey – most particularly its armed forces – came to regard themselves as the sole interpreters and defenders of their founding father’s political vision. Accordingly, Turkey’s generals did not hesitate to intervene with military force the moment any civilian government was deemed to be deviating from Ataturk’s prescription. Turkey’s “security hierarchy” has operated beyond the control of judges, imams and politicians ever since the 1920s. These latter may have influenced the “regular state hierarchy”, but, until very recently, they did not control the “deep” Turkish state.

New Zealand’s deep state, like Turkeys, the USA’s and the UK’s, is comprised of those groups and individuals who cast themselves as that indispensable (and usually very small) fraction of the population truly capable of recognising, guiding and defending the “national interest”.

To get a flavour of the thinking of these sort of people, consider the following, inspired, snatch of dialogue between the Edward Wilson character (based on the infamous CIA counter-intelligence chief, James Jesus Angelton), and Joseph Palmi, a Mafioso boss, in the Hollywood spy thriller, The Good Shepherd:

Joseph Palmi: Let me ask you something … we Italians, we got our families, and we got the church; the Irish, they have the homeland, Jews their tradition; even the niggers, they got their music. What about you people, Mr Wilson, what do you have?

Edward Wilson: The United States of America. The rest of you are just visiting.

It is precisely this unshakeable identification with the fate of the nation – what the Americans now call the “homeland” – that allows these people to place themselves above the law. The Law exists to keep the homeland safe, but on those occasions when the Law is inadequate to this task, then other means must be employed. Those who determine the seriousness of the threat; those who assess the adequacy or otherwise of the Law’s capacity to deal with the threat; those who are authorised to employ “other means” to eliminate the threat: these are the key constituents of the deep state.

One might assume that a country as small and isolated as New Zealand, with so little to lose when compared to much larger, wealthier and more strategically placed powers, would have little need for a deep state. What this assumption overlooks, however, is New Zealand’s historical relationship with the United Kingdom and, more latterly, the United States.

New Zealand’s colonial status and its membership of British Empire meant that Britain’s deep state was able to replicate itself here and throughout its “white” dominions almost effortlessly. Britain’s relinquishing of the No. 1 spot among the Anglo-Saxon nations in favour of the United States at the end of World War II required Canada, Australia and New Zealand to reconfigure their deep states’ composition in line with the ideological, strategic and intelligence gathering priorities of the new imperial patron. This process was codified in the UKUSA Agreement of 1946.

In the pursuit of “national security”, what emerged over the post-war era was the effective amalgamation of Anglo-Saxon political and economic interests under the leadership of the United States. Working through its agents and assets located in their deep state agencies, the nominally independent Anglo-Saxon powers were, in fact, kept in ideological and political lockstep by the “security hierarchy” of the United States. Over time, these subordinate agencies grew into something akin to a supra-national security intelligence priesthood: a sort of Knights Templar of Anglo-Saxon spooks; dedicated to preserving the power and authority of the US deep state and, by extension, their own.

In 2013, individuals like the newly-appointed head of the GCSB, Ian Fletcher, move effortlessly from one Anglo-Saxon outpost to the other, supremely confident that whatever they are asked to do, and wherever they are asked to go, the operational imperatives remain the same. Be they in London or Wellington; 10 Downing Street or the Beehive; they know that the strategic objectives assigned to people like themselves do not change.

Except, astonishingly, in New Zealand, where, somehow, the smooth operation of the deep state machinery has been disrupted and exposed by the unanticipated combination of Kim Dotcom’s wealth, the expertise of his legal team, and the dogged independence of the New Zealand judiciary. What usually remains hidden has become public knowledge, and the deep state has been forced to prevail upon the “regular state hierarchy” to retrospectively sanitize their illegal conduct in the case of Kim Dotcom and the 87 other targets of unlawful GCSB surveillance.

Their expectation, now, is that the instruments of national security are ready to resume normal transmission. But, whether or not that happens largely depends on us. Now that we’re aware of its existence, are we prepared to tolerate the existence of a deep state operating parallel to the democratic state we all believed – naively as it turned out – to be the one and only repository of legitimate authority in New Zealand?

Are we willing to endorse the actions of a body of individuals who owe allegiance not to their own people, or the laws they enact, but to an unacknowledged but all-powerful Anglo-Saxon empire? A vast realm, with the United States at its heart, whose values and interests these deep “statesmen”, alone, are permitted to define, and whose survival they have, over and over again, proved themselves willing to guarantee – by any means necessary.

If it does not govern by our consent, then from whence is the deep state’s power derived?

And why should we accept it?