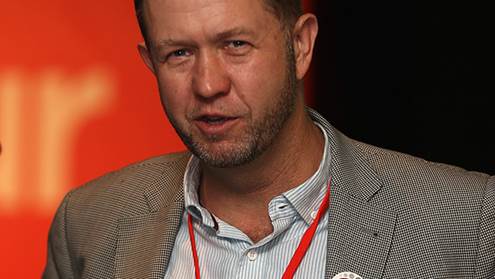 “THEY TELL ME THE FAULT LINE runs right through here.” Mama Cass Elliot’s haunting hit single from 1968 has been echoing through my head all morning. Nothing to do with the recent spate of earthquakes that has shaken central New Zealand, the song has always reminded me of what ails the New Zealand Labour Party and why. Because the great political fault line that divides New Zealand society does not run between National and Labour, it runs right through the middle of the Labour Party itself.

Labour has always been the great change agent of New Zealand society – for good or ill. How extensive Labour’s changes turn out to be, and how far they reach, are determined by the balance of political forces: first, in the parliamentary caucus; and second, in the wider party organisation and the labour movement generally.

Labour’s capture by Roger Douglas and his allies in the mid-1980s and Labour’s subsequent turn towards neoliberalism set the political co-ordinates for the three decades that followed. The elevation of Helen Clark to the Labour leadership in 1993 may have slowed the party’s drift to the right, but it did not reverse it. Her successors, Phil Goff and David Shearer, under increasing pressure from both the Labour rank-and-file and the trade unions to make a decisive break to the left, nevertheless held the line.

Yesterday’s (Thursday, 22 August 2013) decision by David Shearer to relinquish the leadership of his party is an admission by the Labour Right that it no longer possesses the political strength to further delay (let alone prevent) that leftward break.

There are only two credible contenders for the Labour leadership: Grant Robertson, the party’s current deputy-leader; and David Cunliffe, a former cabinet minister and Shearer’s principal rival for the twenty months since Labour’s 2011 electoral defeat.

There can be no doubt as to which of these two most strongly represents the party’s and the unions’ desire for Labour to execute a decisive shift to the left. Since the onset of the Global Financial Crisis in 2008-09, David Cunliffe has steadily come to the view that the social democratic and labour parties of the West can no longer realistically subscribe to a business-as-usual approach to economic and social policy. Neoliberalism-lite, or free-market capitalism minus its jagged edges, is no longer a credible working model for parties of the centre-left.

The personal confidence (some would say arrogance) required to carry off such a departure from political and economic orthodoxy has, until now, weighed heavily against Cunliffe’s leadership prospects in the minds of his caucus colleagues.

The right-wing faction of the caucus certainly exploited this diffidence to slow the advance of their most dangerous ideological opponent. In the process they were greatly assisted by Grant Robertson’s personal leadership ambitions. Indeed, without the roadblock erected by Robertson’s supporters, the right-wingers would not have been able to prevent Cunliffe taking the leadership in December 2011.

Robertson made the votes of his own faction available to the right-wing “Old Guard” not only to thwart Cunliffe’s 2011 leadership bid, but also because, like his principal political patroness, Helen Clark, he is an exceptionally cautious and ideologically tepid individual. His first instinct is always to abjure radicalism in favour of a more moderate course – hence his willingness to take a risk on the all-too-moderate Shearer in December 2011.

But no matter how cautious Robertson may be, he is also an astute reader of political events. The effort required to suppress the movement within the party seeking to implement the policy prescription Cunliffe has been willing to champion was, Robertson quickly came to appreciate, opening wider and wider rifts between the rank-and-file and the caucus. With Shearer clearly unable to lead a major party, Robertson knew he would soon be facing a choice between two, equally radical outcomes: a change of leaders; or, a complete meltdown of the party. If he’s sensible, and he is, he’ll choose the former.

And that would mean the new leader of the Labour Party can only be Cunliffe. Were Robertson to run against him and thus set in motion the procedures of the new Electoral College, it could only be as the champion for business-as-usual social democracy. Were he to win (a most unlikely outcome, given the party’s present mood) both he and Labour would be no further ahead. The pressure for a shift to the left would not be lessened; on the contrary, it would increase.

Which leaves only one course of action for Robertson to follow, and that is to approach Cunliffe and offer himself as his running-mate on a Unity Ticket. A Cunliffe-Robertson combination would be unbeatable in the Electoral College – a fact which, once absorbed by the other possible contenders for the leadership: Shane Jones, Andrew Little; would argue for an uncontested succession.

A Cunliffe-Robertson combination would see Labour cross the political fault line for the first time in thirty years. It could energise the party and the wider labour movement in ways that would transform the 2014 election into a genuine and passionate political contest. Cunliffe is prepared (indeed, he is now obligated) to seek out a new and radical path to national progress and prosperity. But, with the “reluctant radical”, Robertson, at his side he can plausibly reassure the powers-that-be that while they may experience a little shaking, they will not be too seriously stirred.

The party organisation, though champing at the bit to have, for the first time, some say in the selection of a Labour leader, would be wise to accept the uncontested succession represented by a Cunliffe-Robertson Unity Ticket. Elections are unpredictable things and do not always go the way people expect. Things can be done that cannot be undone; words spoken that cannot be unsaid. Better by far to accept the clear ideological and programmatic advance represented by Cunliffe’s topping of the ticket. That way, when their man walks into the November Conference as Labour’s new leader, they’ll be able to raise the roof in a tumultuous tribute not merely to his victory – but their own.