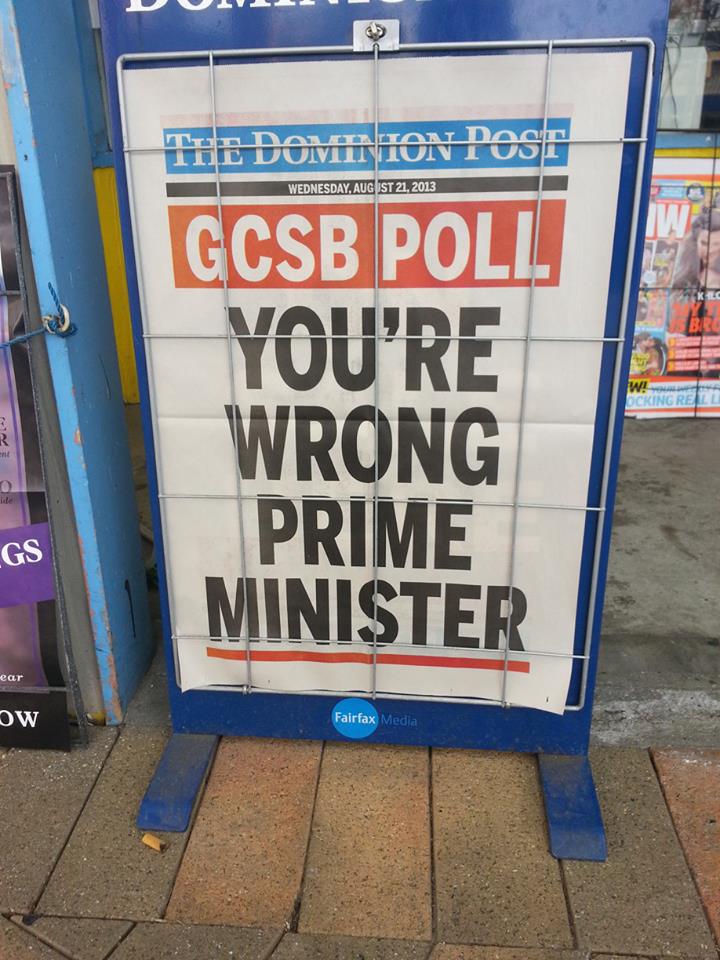 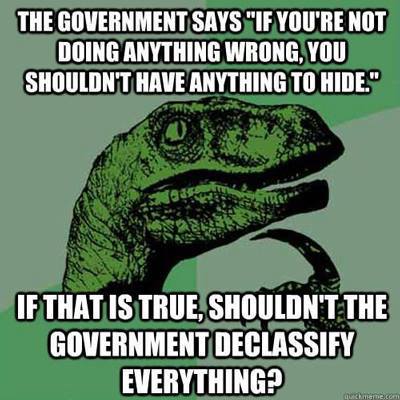 It was great to see such a huge turnout for the public meeting at the Auckland Town Hall on Monday night. Clearly people aren’t as apathetic about the government encroaching on their privacy as John Key would have us believe. The fantastic venue easily reached capacity and organizers had to turn many people away, so thankfully it was also streamed live on One News and The Daily Blog for those who couldn’t attend. If you missed it or want a recap, a video of the event is available here.

Speakers from many different organizations and various political persuasions spoke succinctly about their opposition to the GCSB amendment bill that outlines how the government will massively expand domestic and foreign spying powers. Their arguments were well received and the crowd greeted their opposition to increased surveillance powers with loud applause. In fact the significance of what was said and the resounding success of this event should not be underestimated in terms of showing the government they are on the wrong side of history.

Unfortunately, coverage of the meeting by many mainstream media outlets has been anything but adequate. While the late news that night covered some aspects of the public meeting, the following days news at 6 was fleeting at best. Likewise the NZ Herald article, relegated to page two and with the title changed from ‘Huge turnout against GCSB bill’ in the print edition to ‘GCSB Bill protest meeting held in Auckland’, gave the event the once over lightly. Reporting only a few important facts, Brendan Manning entirely failed to mention anything Dr Russel Norman said. The Green party co-leader gained the largest crowd response and a standing ovation for his rousing speech.

Although the Herald’s coverage was inept, it simply didn’t compare to the terrible report on the TV One Breakfast show. Rawdon Christie interviewed Jessica Mutch, who gave a truly hopeless analysis. Claiming that the meeting was “too little too late” and that people only gave speeches to get their faces on TV is one thing, but saying the legislation had to be rushed because there is currently no legislation in place to guide the GCSB is quite another. There is opinion and then there’s plain ignorance, the latter making Jessica Mutch the clear winner for this week’s Jonolism award.

But I guess that’s better than what National’s chief online spin-doctors have accomplished in terms of a response. David Farrar managed some half-hearted coverage but totally failed to comment on anything significant while Cameron Slater hasn’t even managed to link to an article about the fantastic event to attempt a dismissal. As usual the right wing propagandists only response to a significant left wing achievement is to ignore it. They’re effectively leaving their beloved leader all alone to paddle against an overwhelming tide of public discontent; discontent that is growing by the day.

While John Key flounders with yet more false and misleading statements about how the GCSB will operate under the new legislation, which aren’t even written into the law, the opposition is gaining ground. By arrogantly claiming that all the experts who oppose his bill aren’t really experts at all, the Prime Minister is losing the support of educated, professional people across the country. National has failed to adequately respond to the considered arguments against the GCSB bill, and the left wing is growing in stature as a result. While the deluded Key tries to dismiss concerns by saying more people care about snapper limits, he is losing the respect of many who would previously have given National their vote. When he threatened to cut the funding for the Human Rights Commission because they opposed the expansion of spying powers, Key proved he can’t be trusted with power at all. The arrogant Minister in charge of the GCSB, who walks out on press conferences because he doesn’t like his position being questioned, should be exceedingly worried about the Campbell Live poll showing a clear majority of Kiwis (89%) oppose his flawed legislation. While Key attempts to win the public debate at the eleventh hour with yet more false claims about his badly written and rushed through legislation, the polls show that National is fast losing ground.

Even though nobody on the government benches was brave enough to cross the floor and vote against the GCSB amendment bill, Key has only won a small battle in a war that National will ultimately lose. In 2014 we will surely rid ourselves of this destructive government. To ensure our future is free from mass surveillance and state repression we need to encourage and support everyone we know to vote because only a change of government can give us the free and democratic New Zealand we truly deserve.