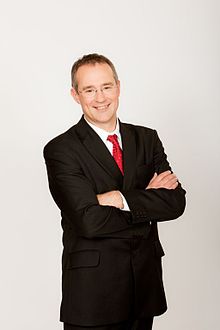 Shearer, Robertson, Goff and King are hardly ‘selfish’ and yet they all have a larger candidate majority than Phil. In fact, in terms of party vote percentage, Phil Twyford did better than all four in the former and current leadership teams, and better than the other two West Auckland electorates.

I have known Phil ever since he came back to NZ from representing Oxfam in New York and became involved in the Labour party.  In fact, we were both in the Epsom LEC.  I can testify that Phil is an extremely hard worker and a very effective campaigner.  One only had to drive through Te Atatu during the last election to realise that Phil had more hoarding sites (party vote and two-tick) than anyone else in Auckland.

The provider of the line in the Listener article also fails to understand MMP: one of the great things about MMP is that it allows constituents to vote for whom they consider to be a very effective MP, despite what that person’s political affiliation’s may be.  And it always goes in swings and round-abouts.  In Rongotai, for example, Nat Front bencher Finlayson (by all accounts a very able front bench cabinet minister) received less candidate votes than the Nats received party votes.  I wonder if the Nat’s are sitting around saying “Finlayson, you are obviously not very popular so we need to replace you with someone who is going to get as many candidate votes as party votes?”  Of course not.  MMP allows good local MPs like Shearer, Robertson, Goff, King and Twyford to be rewarded (or not punished) when the party isn’t firing.

I would also contend that in this day and age it is pretty much impossible to run a pure ‘candidate-centred’ campaign.  Every Labour electorate MP is in parliament because they are aligned with Labour.  The party is much larger than any candidate.

Su’a William Sio’s victory in Mangere in the 2008 general election proves the strength of the Labour brand over that of the individual. In 2005 Phillip Field won Mangere as a Labour MP with a majority of 16,000 (the largest majority of any MP in parliament at the time).  When Field stood as an independent in 2008, Labour’s William Sio won with a majority of over 7,000.

There is no doubt that an effective candidate improves the party vote: it’s the reason why the Green’s refuse to stand candidates aside in general seats, when to do so could well mean that Labour wins the seat; because they know that without a candidate their party vote drops.

Phil Twyford is an example of an exceptional candidate and it is the reason why Labour’s party vote was 39% and not 32%.   Phil will be a fantastic cabinet minister one day, and I have no doubt that as Labour’s party vote in Te Atatu waxes and wanes depending on the party’s fortunes, Phil’s personal majority will continue to increase in line with his work ethic and sense of community responsibility.

Personally, I don’t know who views Phil ‘with some suspicion’ because if every Labour-held electorate had received 39% of the party vote, Labour would probably be in government.