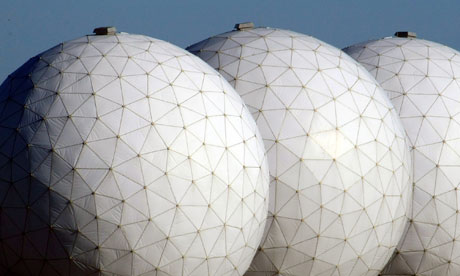 People have been asking me how the Trans-Pacific Partnership Agreement (TPPA) ties in to the GSCB Bill. There are many different angles.

Gordon Campbell written an excellent explanation of link between the US corporate’s proposals for criminalising ‘wilful misappropriation of proprietary knowledge’ – aka ‘trade secrets’ – and the Dotcom prosecution in his Werewolf column Dotcomming the TPP. As Gordon pointed out, this proposal has received a lot of push back from negotiators, including New Zealand, which puts the government’s position in the TPPA at odds with its pursuit of Kim Dotcom.

Jeremy Malcolm from Consumers International did a presentation at the last TPPA round in Malaysia entitled ‘Free flow of information in the age of PRISM’. You can access it on powerpoint, although it may not make too much sense to the uninitiated.

Let me spell out some of the impacts on our ability to decide, and strengthen, our data privacy laws – so far as we can second-guess them.

The natural instinct is to look at the intellectual property chapter. But, as with everything in this toxic agreement, you have to look beyond individual chapters to see how it all fits together. The whole is much more potent than the sum of its parts.

In fact the most dangerous chapters that affect privacy are among those listed as ‘substantially closed’: e-commerce, cross-border services and telecommunications. The texts remain secret, but we have an idea of some of their content from previous US agreements and public statements by the corporations and others.

The most recent FTA the US negotiated was with Korea. Its e-commerce chapter required the governments to endeavour not to introduce or maintain ‘unnecessary’ barriers to information flows across borders. By barriers they mean privacy laws and national control over national data. Necessary means there isn’t a less restrictive way to achieve your objective. The US industry wants ‘endeavour’ removed from the TPPA.

The cross-border services chapter will cover computer services, data collection and data storage. We expect it will say that companies can’t be required to have any presence in the country they are supplying; in other words, they can be located exclusively offshore and operate from countries that have weak privacy protections.

There will be a separate chapter on telecommunications that covers the government’s rules on the technology itself and value-added telecom services, including data services, but also transfer of content like financial transactions or research. The double speak text in the Korea agreement says governments can take steps to ensure the security and confidentiality of messages, but if it is challenged the government has to prove steps are ‘necessary’ and don’t involve an unjustifiable restriction on the telecom and data operators.

The services agreement at the World Trade Organisation has a specific exception for ‘the protection of the privacy of individuals in relation to the processing and dissemination of personal data and the protection of confidentiality of individual records and accounts’. But, again in trade agreement double speak, that only applies where the protection is ‘necessary’ to ensure that laws that are don’t breach the agreement are complied with. Confused? Put simply, don’t rely on the exception even if it survives into the TPPA and covers cross-border services and telecom.

Anyway, the US routinely insists it shouldn’t apply to the investment chapter and the investor’s right to sue. And, yes, the rights of investors to sue governments in the shonky offshore tribunals apply here too.

Some countries have stronger protections on cross-border flows of private information than we expected would be allowed in the TPPA. They would have to change them. Other countries that need stronger rules won’t be able to introduce them. Foreign investors who believe such rules seriously impact on their profits or value could sue under the investor-state dispute system.

A government could invoke the national security exception, which reserves the right for a government to take the action to protect its ‘essential security’. But that doesn’t help with data protection that is about personal privacy.

Very similar concerns about privacy have been raised about the US negotiations with the European Union that have just begun for an equally toxic deal called the Trans-Atlantic Trade and Investment Partnership (TTIP). The heat went on those talks when Spiegel revealed the US had been spying on European Union diplomats in Washington and threatened to delay the start of the negotiations.

The EU and US have since agreed there will be negotiations on surveillance in parallel to the trade and investment negotiations. But history tells us which of these talks will have teeth. The backlash against the Anti-Counterfeiting Trade Agreement (ACTA) in Europe, which has stopped its ratification, promises a similar level of popular resistance to the TTIP.

The same activism has yet to emerge around the TPPA. And it has become really urgent.

The trade ministers from all the TPPA countries (except Australia, which is in caretaker mode) will meet in Brunei in a week’s time, with the US in the chair. Immediately after that the negotiators will meet for what is being billed as ‘the final round’.

The politicians are determine to make a big announcement when the political leaders meet in Bali at the start of October. There will be massive pressure on negotiators to close off the remaining controversial chapters so the political deal making can begin. The assault on our right to control data flows and protect our privacy is another reason to say ‘no’ to the TPPA.