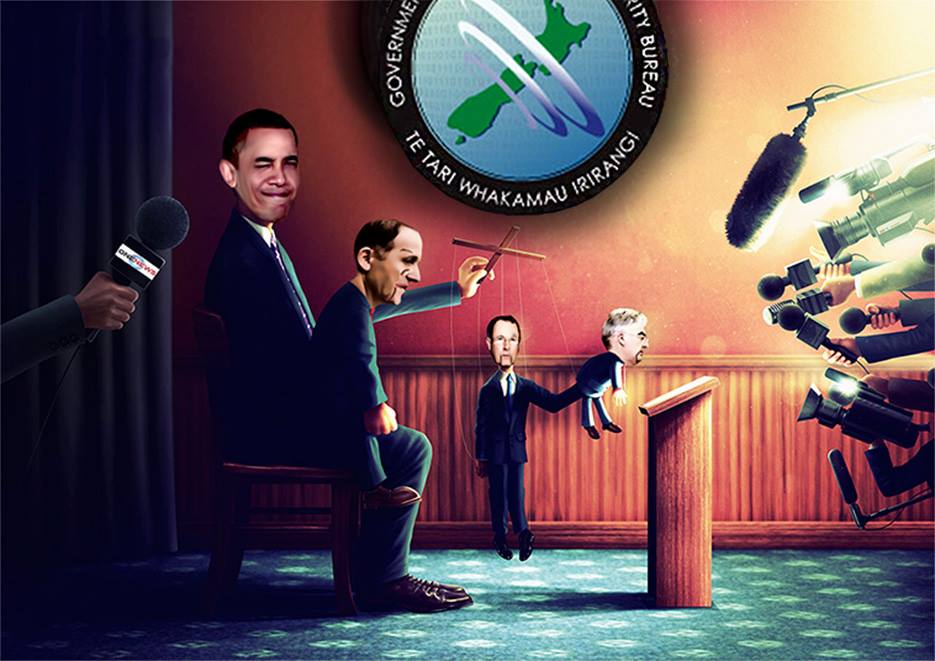 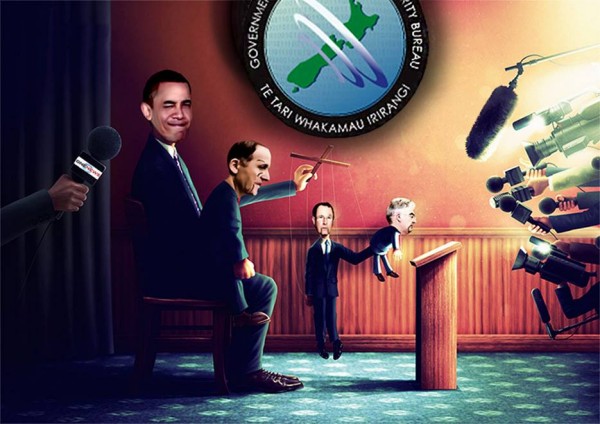 The past week has seen an increase in the attacks on ‘ordinary New Zealanders,’ typified in the disparaging comments by John Key, that we’re collectively more interested in snapper than the GCSB. Is this how he truly sees us? Is this indicative of how senior government MPs see us?

The neoliberal agenda requires manipulation of public consciousness. Control of education is a crucial tool in this, shaping the minds of the masses to accept their lot and to not challenge or question the voices of ‘authority.’  It is no accident that the formalisation and narrowing of education has been a significant feature in the United States, Canada, UK, Australia and now New Zealand.

Education can be divided into two paths:

One of the great educationalists of the 20th century was Brazilian Paulo Friere (1921 – 1997). Friere spent many years working with poor and dispossessed people in isolated areas of Brazil, and his great book “Pedagogy of the Oppressed” (first published in 1970, latest edition published by Penguin Books, 1996) was developed from his experiences.

[Note that this book is still banned in a number of states in the USA, viewed as being too subversive, which neatly proves Friere’s thesis.]

In his foreword to the 1996 Penguin edition of this book, Robert Shaull writes,

“There is no such thing as a neutral education process. Education either functions as an instrument that is used to facilitate the integration of the younger generation into the logic of the present system and bring about conformity to it, or it becomes the practice of freedom, the means by which men and women deal critically and creatively with reality and discover how to participate in the transformation of their world.”

This essay could possibly conclude at this stage, because there, in Shaull’s words “bring about conformity,” is the answer to the minimisation of education through a narrow focus on achievement in literacy and numeracy, to the exclusion of everything else.

Friere has much to add to this, however, and immediately defines his purpose with a quote that was written by Francisco Weffort in a preface to one of his earlier books. This provides the counterpoint for the narrowing of the curriculum.

“The awakening of critical consciousness leads the way to expressions of social discontents precisely because these discontents are real components of an oppressive situation.”

The theme that the ‘oppressors’ do not want the ‘oppressed’ to learn to think and question the basis of their situation is elaborated many times throughout the book.

The base situation, according to Friere, is that the oppressed have been, and will need to be, conditioned to accept the status quo.

In the early stages of the development of awareness of their lot, the oppressed struggle to differentiate their awareness from the influences of the oppressor, in order to gain an objective view of the situation, due to their “submersion in the reality of oppression.”

[This can be used to explain why so people are unable (unwilling?) to see the threat implicit in the National led government’s policies.]

Taking this further, Friere observes that people, lacking this consciousness, can also themselves unknowingly contribute to the oppression.

Extending from this, there are the people who are knowingly contributing to the oppression, having set aside previously held beliefs and values, including those who are seeking personal gain.  One could question the integrity and morality of this group.

Friere then examines the relationship between the oppressors and the oppressed;

“One of the basic elements of the relationship between oppressor and oppressed is prescription. Every prescription represents the imposition of one individual’s choice upon another, transforming the consciousness of the person prescribed to, into one that conforms with the prescriber’s consciousness. Thus the behaviour of the oppressed is a prescribed behaviour, following as it does the guidelines of the oppressor.”

[This concept of ‘prescription’ leads directly to the mandated national standards of achievement in education that have been imposed under this government.]

Friere’s pedagogy was developed as a way to enable the oppressed to break free of the influences of their oppressors, through the fostering of questioning and inquiry, to enable them to perceive, for themselves, their own realities and understanding of their oppression.

The oppressors, of course, are very aware of the threats that enlightened people would pose to their power base, and therefore it is very much in their interests to maintain and even tighten the prescriptions.

This then becomes a battle for the oppressed to “pursue the right to be human,” through the development of every aspect of their potential.

Paradoxically, Friere also observes that the ‘liberation’ of the oppressed may then leave the former oppressors feeling as though their quality of life has suffered.

“Conditioned by the experience of oppressing others, any situation other than their former seems to them to be like oppression. Formerly they could eat, dress, wear shoes, be educated, travel, and hear Beethoven….”

Any restrictions on these, due to the ‘liberation’ of the oppressed, will seem as a violation of their rights.

[How often do we hear the rich complaining about anything that even slightly threatens loss of their privileges, such as being required to pay their fair share of tax?]

It is an easy matter to use this to interpret the increasing moves by the National led government, and the power groups behind it, to increase their control over the people, in order to maintain their hegemony and way of life through “a policy of indoctrination of the young” (Noam Chomsky)

Friere contends that oppressors believe that they have the right to live in peace in their world, as the dominant class. This is regardless of the needs of the oppressed, and also “because the existence of the oppressed is necessary to their own existence.”

This is based on a high degree of possessiveness, leading to everything being viewed as objects at their disposal, and of having a materialistic value.

“Money is the measure of all things and profit the primary goal. For the oppressors, what is worthwhile is to have more – always more – even at the cost of the oppressed having less or nothing.”

Having more is seen by the oppressors as a right, gained through their own efforts. Friere takes this one step further.

“If others do not have, it is because they are incompetent and lazy, and worst of all, is their unjustifiable ingratitude towards the ‘generous gestures’ of the dominant class. Precisely because they are ‘ungrateful’ and ‘envious’ the oppressed are regarded as potential enemies who must be watched.”

Pass this through an educational filter, and it leads to the classification of children’s learning as numbers or rankings against standards, in a dehumanising process that is an inevitable result of this world view. No other outcome is possible.

How is this done? Friere address this in the following quote which explains the reduction of ‘education’ to basic literacy and numeracy and the seeming disregard for the humanities.

“As the oppressor consciousness, in order to dominate, tries to deter the drive to search, the restlessness and the creative power which characterise life, it kills life. More and more, the oppressors are using science and technology as unquestionably powerful instruments for their purpose: the maintenance of the repressive order through manipulation and representation.”

Friere wrote this 40 years ago. One wonders how he would have interpreted the technologies of today’s world.

Having established this, Friere lays the foundation for his pedagogy to enable the oppressed to reclaim their humanity through the fight for;

“…freedom to create and construct, to wonder and to venture. Such freedom requires that the individual be active and responsible, not a slave or well fed cog in the machine…”

He commences by reflecting on the use of education as a means of control, which is probably as old as humanity itself. This is best achieved through a formal teacher-student relationship.

Friere labels this ‘banking concept of education’ where teachers deposit knowledge in students’ mental ‘bank accounts.’ The more ‘banking’ a teacher does, the better she is determined to be. Students are graded by their abilities in processing, filing and then retrieving ‘deposits’ on demand.

Friere then develops the case for his alternative ‘pedagogy of the oppressed’.

This pedagogy is the antithesis of the ‘banking concept,’ focussing on developing awareness through inquiry, so that “people become masters of their own thinking” and are “able to achieve critical consciousness” in order to achieve their human potential.

The purpose of Friere’s pedagogy is to raise consciousness and awareness through inquiry learning, investigations and dialogue to enable the oppressed to claim/reclaim their humanity as individuals and to break free of the constrictions imposed by the oppressors.

[The open ended vision of the New Zealand Curriculum “Young people who will be confident, connected, actively involved, life long learners” targets a similar fostering of human potential, enabled by the values, key competencies and inclusion of all curriculum areas. This sits in stark comparison to the narrowing down of the curriculum that has resulted as standards were deemed to take precedence.]

The overall intention of the oppressors, as described by Friere, is to control the consciousness of the oppressed, to ensure that they accept the world as it is, to prevent them becoming aware of an alternative reality and therefore to minimise challenges to the dominance of the oppressors.

This is the underlying purpose of the ‘banking’ model of education, which accompanies the standardisation of education in so many countries. A reason for disregarding of all the research to the contrary now becomes very clear, as this evidence challenges the very purpose and power base of the oppressors.

Interpreting this very significant book, “Pedagogy of the Oppressed” in the New Zealand context, along with the other agendas that also accompany the standards based ideologies, leads to the only possible conclusion about the whole standards/testing movement.

As has been written and said many times, standards (and all that are associated with these) are for political and financial purposes and have nothing to do with education. As Friere wrote, “To glorify democracy and silence the people is a farce.