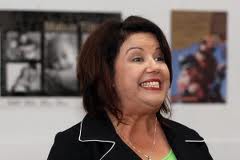 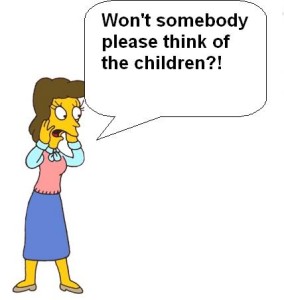 “As usual the details are vague and she’ll probably spend a few days talking about this on TV… and then we’ll hear no more about it until she re-announces the same policy in twelve to eighteen months time”.

Shifting the onus to parents

If a parent or parents are convicted of abusing or neglecting children they forfeit their right to parent. Parents have responsibilities towards children, not rights, and a failure to fulfil those responsibilities removes the benefit of the doubt. The court in K v G [2004] NZFLR 1105 (HC) was right to hold that parents don’t have “exclusive” rights – parental rights only exist where they correspond with the welfare and best interests of children.

CEO performance will be measured against new responsibilities towards vulnerable children. The CEOs of police, justice, education, health and social development will be covered.

But the changes appear to shift ultimate accountability from the Minister to the department. It’s the New Public Management Model taken to its natural conclusion and the doctrine of ministerial responsibility takes a hit. Minister Bennett has refused to accept responsibility for operational and policy failures before. Creating new responsibilities for CEOs gives her legislative (and political) cover to deny responsibility for failures towards vulnerable children. At its broadest the proposal is worthy, but it appears that it’ll have significant consequences for how ministers act.

The reforms will give the Family Court further powers to limit the guardianship rights of birth parents whose children have been placed in the permanent care of another family. Apparently this power will “only [be] used if the birth parents are disrupting the new family”.

This might be problematic. What constitutes disrupting the new family? If the birth family wants to keep the child connected to their Marae – but the new family is against it – would that constitute disruption? The bar appears subjective and weight would presumably be given to the word of the new family.

The new powers appear to be a solution looking for a problem.  The court already has (I think) sufficient powers to act under the Care of Children Act 2004, the Children, Young Persons, and their Families Act 1989 and the Family Proceedings Act 1980. The “paramouncy principle” governs orders around day to day care and contact cases (i.e. custody and access). In other words the welfare and best interests of the child is deteminative and the court can already make orders to meet the welfare and best interests of the child.

Breahing the Bill of Rights

Claire Trevett captures the most problematic part of the proposed reforms: “courts can issue Child Harm Prevention Orders to prevent people considered at risk associating with children for up to 10 years, even if they are not convicted of a crime”.

I’ve no issue with restricting the freedom of scum convicted child abusers, but restricting the freedom of people who have “not [been] convicted of a crime” is a prima facie breach of the Bill of Rights Act 1990 and a certain breach of human rights on a moral level. There could be breaches of s17 (freedom of association), s18 (freedom of movement), s22 (liberty of the person), s25 (minimum standards of criminal procedure) and s27 (right to justice). It would be hard to create a law that offends the Bill of Rights more than the proposed Child Harm Protection Orders (CHPO).

The orders appear to undermine one of the fundamental tenets of our legal system: innocent until proven guilty. There must be proof of risk, but not necessarily a conviction. When the government proposes to curtail a person’s freedom in the manner that a CHPO could, the bar must be set very high. A CHPO could prevent a person from, for example, entering public places. Most court orders around day to day care and contact are localised. In other words, the orders apply to certain people, at certain times and in certain places. A CHPO appears to give the court power to make universal orders. The order could apply to everyone under a certain age, at any time and in any place. Orders with that effect should only be applied in cases where the offender is guilty, not suspected of being such.

Does it add up?

The legislation will go before select committee and the House and New Zealanders will have the chance to debate the changes. I support aspects of the changes, but this is another example of National’s legislative overreach. Some changes don’t add up. Instead, parts appear more like electoral bait than changes that must be made. John Minto nailed it on TDB when he slammed National (and Labour) for ignoring the causes of child abuse. It’s all very well to treat the symptoms, but the cause of child abuse can’t be ignored. I’ve no issue legislating against scum child abusers, but the changes could capture innocent parties and miss the underlying causes. That has to change. It’s poor policy and it’s poor government.