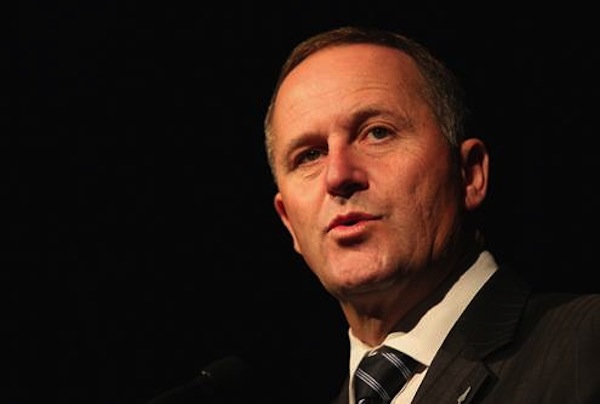 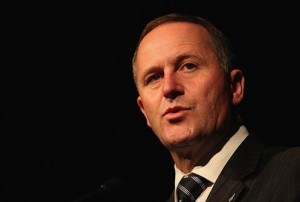 UNDERESTIMATING JOHN KEY is a serious mistake. Helen Clark did it in 2008, and Key knocked her out of the ring. He did the same to John Campbell last night.

When is the Left going to come to terms with the fact that John Key is National’s toughest, smartest and most dangerous leader – ever? Defeating “The Candidate from Central Casting” was never going to be easy, but our consistent failure to grasp the brute reality of Key’s clear superiority – when compared to just about every politician the Opposition can throw at him – is turning his defeat into a near impossibility.

Why are we so blind to the man’s qualities? Why do we remain so ridiculously underwhelmed by Key’s unprecedented success?

We are, after all, talking about a politician whose popularity seldom dips below 40 percent in the Preferred Prime Minister ratings. We are looking at a National Government which, in 2011 increased its share of the Party Vote to an unprecedented 47.3 percent. And that was three years after it had been elected with an MMP record-breaking 44.9 percent. Why don’t we “get” how extraordinary this guy is? Since when does a prime minister’s (let alone a government’s) honeymoon last five years?!

A lot of it has to do with large sections of the Left’s plain, old-fashioned intellectual snobbery.

Among the baby-boomer generation who took advantage of the (now despised) Welfare State’s gift of a virtually free tertiary education, there existed a strict hierarchy of university qualifications. At the top were the golden boys and girls studying for a medical degree. One level below them were the students of the law and other professional schools. Science and liberal arts students squabbled over who occupied the third and fourth levels. But nobody doubted which group of students occupied the lowest level of the academic hierarchy: that distinction belonged, indisputably, to commerce students.

John Key was a commerce student – ipso facto, John Key must be dumb.

What the baby-boomer politicians of the Left simply didn’t grasp was the fact that since the demise of the Welfare State (for whose death the Labour Party was, ironically, largely responsible) the academic hierarchy had been subjected to considerable revision. In the golden afterglow of the Neoliberal Revolution commerce students had quite unexpectedly found themselves cast as the new rock stars of the tertiary sector.

Where, in the 1960s and 70s, millions of dollars had been expended on throwing up huge ferro-concrete monuments to medicine, law, arts and science; most of the (now shrinking) tertiary budgets were being spent on the construction of glittering, swipe-card controlled temples to the needs of Commerce. In these towering structures, thousands of budding Masters of the Universe take instruction in the arcane intricacies of cost accounting, management and marketing.

On the university campuses of the 21st Century, the lowest of the low are, indisputably, liberal arts students.

But, when the liberal arts graduates of the 1960s and 70s hear John Key speak, his words (and the way he (mis)pronounces them) continue to be filtered through what are now thoroughly out-dated academic prejudices. His speech emerges as the language of a stupid, poorly-educated buffoon: someone whom only other stupid, poorly-educated buffoons could possibly take seriously.

But that is not how other New Zealanders – even those with a tertiary education – hear John Key. They hear a man who sounds uncannily like themselves: a man mercifully innocent of the ridiculous linguistic pretentions of Keith Holyoake or Jim Bolger.

Those same snobbish liberal-arts graduates make a further mistake. In their ears, the Prime Minister’s arguments sound like the most arrogant and unforgiveable bombast. Intelligent people know that they do not know. Their opinions are always clearly flagged as such. Wise men hesitate to be unequivocal. The “well-educated” listener’s respect is most readily won by the speaker who openly acknowledges that no one person is capable of perceiving more than just a tiny fragment of the whole truth about anything.

All well and good, but John Key understands that to win and hold the leadership of a democratic state, one does not pitch one’s arguments to the “well educated” listener.

Think about the televised encounter between John Key and John Campbell on last night’s Campbell Live (Wednesday, 14 August 2013) and then consider the Prime Minister’s tactics in the light of the following observations about political debate:

“This is the very first condition which has to be fulfilled in every kind of propaganda: a systematically one-sided attitude towards every problem that has to be dealt with … When they see an uncompromising onslaught against an adversary, the people have at all times taken this as proof that right is on the side of the aggressor; but if the aggressor should go only halfway and fail to push home his success … the people will look upon this as a sign that he is uncertain of the justice of his own cause.”

The source of these observations? Mein Kampf – by Adolf Hitler.

Another politician who was seriously underestimated by his enemies.