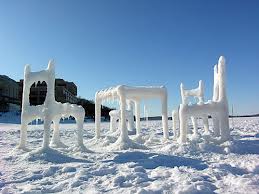 Coming off the back of the Warmest July On Record, it can be easy for us to forget how unforgiving the climate can be in Dunedin, and how ill equipped our houses can be for coping with it. Our proud forebears fixated on facing the street rather than the sun; insulation that is a generation or two old begins to lose its power and the transient and captive rental market has given rise to properties that have fallen victim to neglect. A lot of our houses can be freezing to live in, expensive to heat and can even be making ourselves and our families sick. Whether you are a renter or a home owner, there are things the Dunedin City Council can do to help you, and I want to work with them to help ensure that we have warm and healthy homes for everyone. We can start a Warrant of Fitness system for rental properties, expand and extend the successful Warm Up Dunedin scheme, and work with community groups to help with healthy home improvements for people who need it.

The quality of the flats in Dunedin has come to the attention of local politicians and insitutions lately, and I applaud them for coming on board. The market has failed our renters and regulation is required to bring their homes up to scratch. The current Mayor of Dunedin Dave Cull, Dunedin North MP David Clark and now the University of Otago Council are supporting minimum standards for housing, to be enforced by the DCC. A Local Bill is being drafted for Parliament to allow this to happen, ambitiously aiming to hit the floor before the end of this year. I have talked at length about the financial, health and graduate retention potential a Warrant of Fitness on flats has for Dunedin, yet all three supporters above are very careful to avoid using that term. They are either unwilling to consider the complete safety of a dwelling, or unprepared to adequately enforce it. For this to work, it needs to have teeth with which to bite bad landlords who are prepared to put their tenants health at risk. Exactly what it looks like is up for debate (the University are doing some good work here), and the phase in period won’t happen overnight (rushing it could do more harm than good), but a Warrant of Fitness on  all flats is the best and fairest way of making sure everyone can live in a warm and healthy home.

The Dunedin City Council have been running a pilot programme called Warm Dunedin, as part of Warm Up New Zealand, working alongside the Energy Efficiency & Conservation Authority (EECA). If your house was built before 2000, the DCC will give you a ‘rates advance’ of up to $5000 for floor and ceiling insulation and approved heating sources (the latter will only be considered if your former is up to standard). You then pay it back over ten years at a fixed interest rate of 8%, the rationale being that this covers the costs of implementing the scheme, making it cost neutral for Council. The pilot budget allowed for around 700 homes to access it, should most choose to go in for the maximum advance available.

Expanding and expending the scheme isn’t just  about making the money available to more people and letting them use it in more forward-thinking ways, but it certainly is that. My understanding is that solar power isn’t included in Approved Heating, for example [Insert Joke About Dunedin Weather Here]. The reliance on approved providers is also an obstacle because you can’t get the funding to install the heating and insulation yourself, meaning much of the cost is taken up by paying for labour that not everybody needs. The safety of people living in in the middle of these projects is important, but if the cost of using an Approved Provider makes the whole project unfeasible for people, it is a sign that pendulum has perhaps swung too far. At current rates, 8% is far from what anyone would call a low interest loan. Being fixed over 10 years the DCC need to allow for that to fluctuate, but the cost-neutrality element, as opposed to profiteering, needs to be looked at here.

As the DCC fights the centralising forces of central Government, and the knock on effects that has on economic development in the regions, there has been a lot of talk about the strength and security a decentralised approach can bring. I wholeheartedly agree, but this needs to exist within cities as well as within the country. Our Community Boards, church groups and community gardens have a better understanding of the strengths and challenges of Dunedin’s different communities than the DCC as a whole ever will, and it makes sense to empower them to make a real difference where it is most needed. The Council doesn’t have a heap of money to spend on further resourcing, but they could serve a critical function in linking the needs – as identified by the community itself – with a network of groups across the city that could provide resources and volunteer labour to meet them. The Dunedin Curtain Bank teaming up with the Scarfie Army to help put in curtains in areas of need as identified by Transition Town Dunedin North. Much of the necessary infrastructure exists already, all we have to do is co-ordinate it from the ground up, rather than dictate to it from the top down.

There are things we can all do to help lift the bar on housing standards in one of the coldest cities in the country. Now we just leadership from our elected leaders to make the best use of what we have to make it happen.