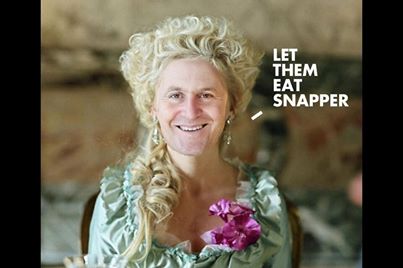 Tonights final squaring off between John Campbell and John Key was fascinating on so many levels, you simply must watch it when it comes up on demand.

On the one hand, Key’s interview highlighted how his media training is perhaps slicker than any previous leader we have ever had and that Shearer is going to have to start injecting steroids straight into his brain stem if he has any hope in the debates next year.

On the other hand it showed how much of a God Complex our PM has. He understands he’s not an absolute monarch right?

“I’m right and everyone else is wrong”, is great for 5 years olds and Popes, not so great if it’s the Prime Minister of your country.

Do we really want someone with that level of self delusional infallibility to be signing off on warrants to be spied on?

Key’s quick footed denials and smile and wave laid back demeanor belies what this legislation really allows for. When Campbell challenged him on the numerous means the GCSB has to extend these powers into mass surveillance Key said “I don’t go into those ‘individual points’. By ‘individual points’ he meant all the methods that the GCSB could extend this legislation into mass surveillance.

Key kept insisting that what the GCSB would be doing was legal, but it’s only going to be legal because he’s about to make it legal!

Key then claimed that John Campbell was frightening people and that all Campbell did was spread lies and misinformation.

When Campbell challenged Key on this by pointing out that he had invited Key onto the show many times, Key claimed that he was too busy. That’s right, the Prime Minister doesn’t have enough time to be on Campbell Live to justify GCSB mass surveillance, but he does have time to be on MoreFM with Si & Gazza in the morning to announce AL Quaeda terrorists living in NZ.

Effectively Key’s message was that EVERYONE ELSE is wrong and that he is right. It was a psychopathic display of God complex proportions but it was also a terrifying reminder that Shearer has got to do something between now and the election to upgrade to a level of almost superhuman dimensions.

Nothing Key said on the show alleviated any fear I have regarding the civil liberty threats this legislation poses, watching Key’s slick pathological defense of it was the truly terrifying part.

The last chance to stop this vast expansion of state surveillance is Monday, 7.30pm at the Town Hall. Prove Key wrong when he says you care more about snapper. 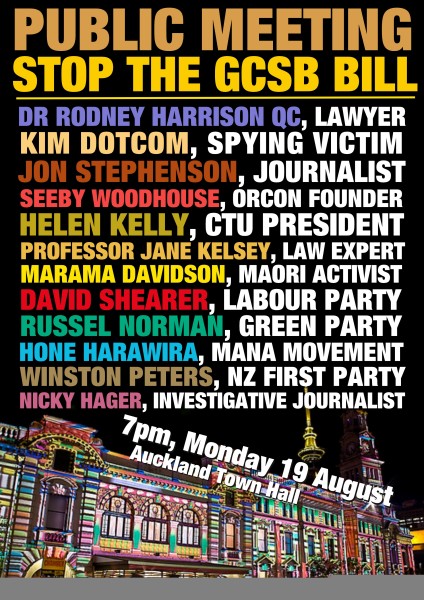