Headline: 0800 out of pocket – StudyLink not picking up

Call centre delays and processing hold-ups at StudyLink are forcing increasing numbers of students to borrow from friends or family to pay for basics such as food and rent, Labour’s Social Development spokesperson Jacinda Ardern says.

“StudyLink administers students’ loans and allowances. Most rely on it to pay some part of their course costs and living expenses. They are encouraged to ring an 0800 number or use its online portal to raise any issues they have about their loans.

“Yet over the last three years some 810,983 calls to StudyLink have not been connected to an operator.

“That’s an average 24 per cent of calls, or 270,328 calls, a year where the caller has not ended up talking to an operator. The longest waiting time was just over an hour.

“Callers are prompted to ‘self-resolve’ their issue online. However from my understanding students phoning StudyLink have already tried to do that. Calling the 0800 number is often a last resort.

“Ironically online users are told that ‘due to high numbers of calls the 0800 service can’t answer every call’.

“Accessibility to StudyLink is vital for students. Not getting correct payments on time can mean the difference between being able to afford groceries or having to collect a food parcel.

“I have heard numerous stories where undue financial hardship has forced students to add to their debt by sourcing loans from elsewhere. And universities are reporting increased demand for their welfare services.

“It surely can’t be a coincidence that these processing problems and delays coincide with a 14 per cent reduction in the overall number of permanent staff at StudyLink in the last four years.

“A Government service, whose name indicates ‘connection’, should be providing exactly that. It’s not.

“It is adding to the stress of young Kiwis, already juggling study commitments with part-time work, and it is failing to meet its obligations.” 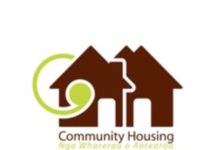