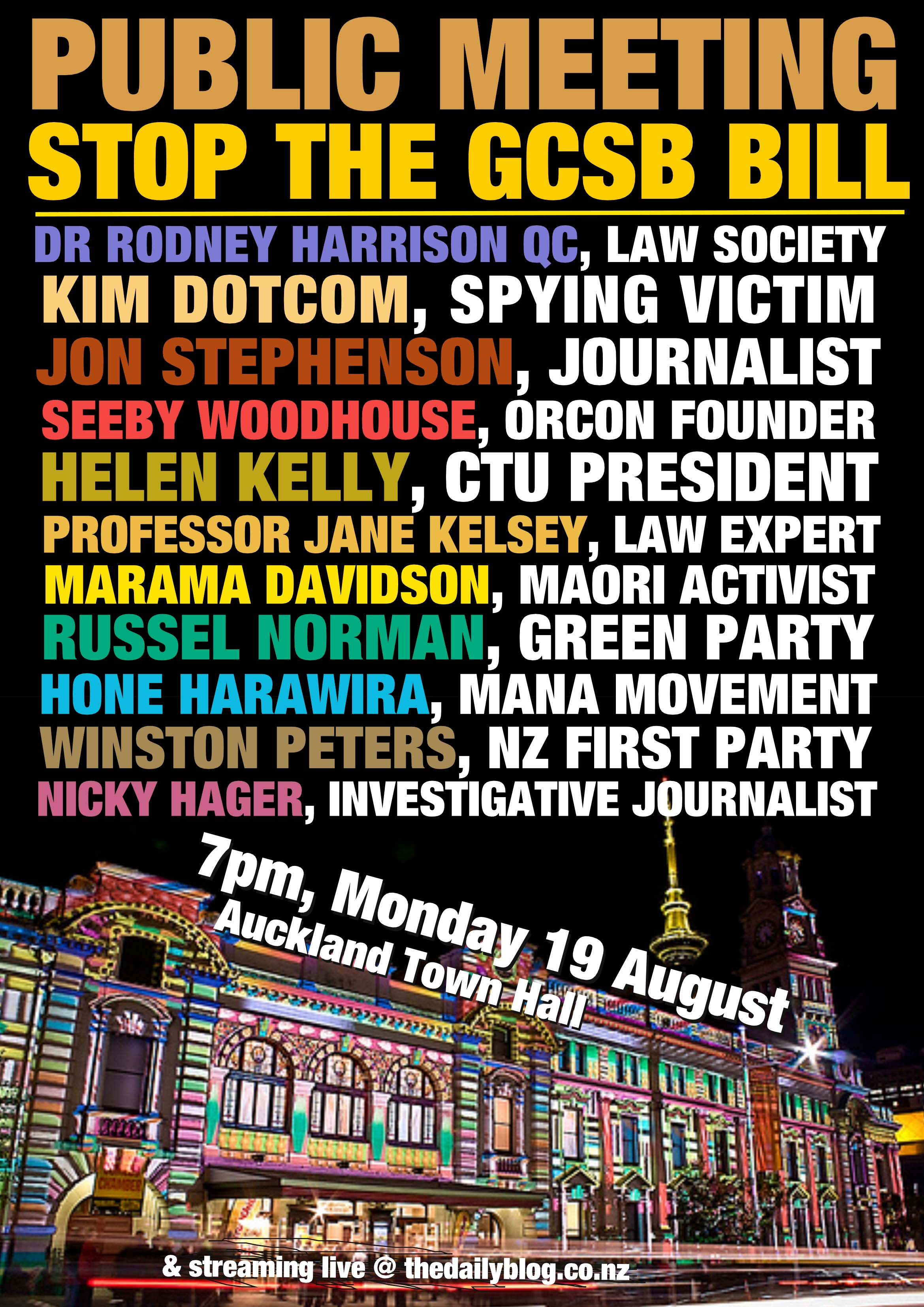 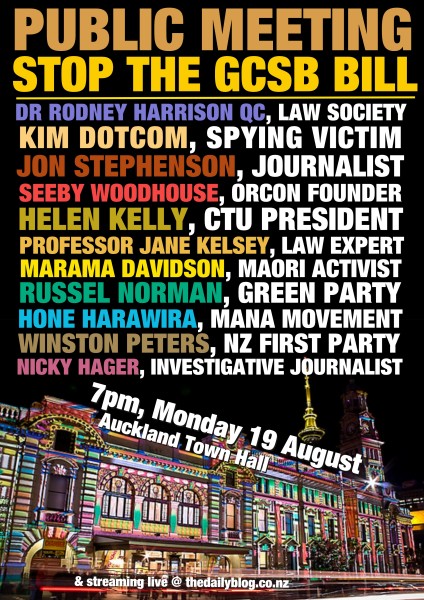 No, this isn’t a joke, this is the Urgent public meeting against the GCSB.

Laughs aside, let’s be clear.

The GCSB Bill represents the largest erosion of our civil liberties since the ’51 Waterfront lockout. It turns the GCSB away from it’s sole focus of spying on the intelligence apparatus of foreign nations, to spying on all NZers, but here’s the twist. This legislation changes the focus of the GCSB from just ‘national security’ to ‘economic security’. That means any Union fighting corporations, any environmentalist fighting mining companies or anyone who downloads a file illegally can now have their entire digital footprint spied upon. It gets worse. The changing of the search warrant from individual to ‘class’ of people means vast numbers of us will be trawled and spied upon for nothing more than guilt by association. Do not let John Key deprive us of the very democracy that we have fought for. See you 7pm Monday 19th @ the Town Hall.

It will be first in, first served so arrive early to avoid disappointment.

More speakers to be announced later in the week, and the entire meeting will be streamed live here on the Daily Blog and be available on demand after that.

This Thursday, 7.30pm on Sky TV 83, I host a Citizen A GCSB special with Dr Rodney Harrison and Deputy Leader of the Labour Party, Grant Robertson.