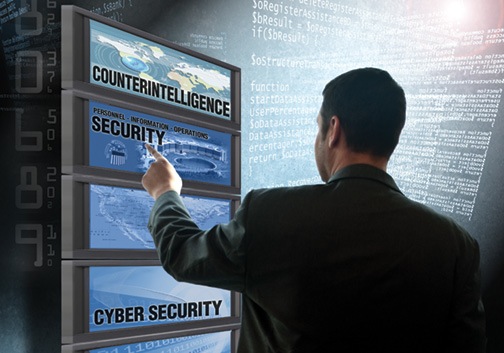 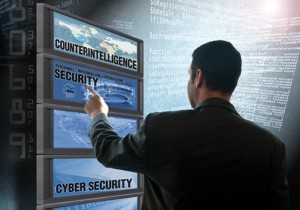 With a history of espionage, destruction and murder, Matt Robson explains why New Zealand must distance itself from our global intelligence alliances and stand independent from them.

I had decided not to comment on the issues around the GSCB Amendment Bill as everyman and his dog had done so.

Then I read that Julian Assange and colleagues were running for the Australian Senate as the WikiLeaks Party. They plan to expose further the collaboration of Australia with the United States, its allies and beholden governments which use an extensive worldwide network of spying to uphold their grip on the world resources.

The methods used to maintain that grip, range from murder (usually mass), direct or indirect intervention using their collective massive military might, economic extortion and sabotage and a total disregard for international law, as evidenced by the invasion of Iraq. Hurrah for Julian Assange and his friends I yelled to nobody in particular.

Assange, like Bradley Manning and Edward Snowden, is a truly courageous figure for standing up to the Empire. Sweden wishes to have him stand trial there so that he can be extradited to the US where he will either be judicially murdered or be sentenced to jail for an even longer term than Bradley Manning in the harshest of conditions. Sweden is known to be in the pocket of the US as its role in the illegal rendition programme demonstrated.

So I decided I should comment on New Zealand and the GSCB furore as I don’t own a dog. And New Zealand, as a very junior partner, is up to its neck as a participant in the worldwide web of spying conducted by the US. We are thus an aider and abettor of the rogue states that act, as the US has done since the Monroe Declaration of 1823, under the rubric that might is right on the international stage .

I was also interested in the comments on security of Helen Clark visiting this week in the role she prepared for herself as an international diplomat. I thought she might use the Ahmed Zaoui case as an example of the need to examine closely the security organisations and their international liaisons.

After all the NZ security apparatus collaborated with its Western counterparts, particularly the French who were hand in glove with the murderous Algerian regime, to continue the frame-up and persecution of the Algerian MP who had advocated for a democratic Algeria to control its own natural resources for the benefit of the people not the military and French capitalists.

For this “crime” he had been hounded from his country and sentenced to death in absentia. Helen had then condoned his incarceration in New Zealand for 2 years (9 months of them in solitary in Paremoremo) without charge.

She publicly trashed the Refugee Status Authority which had found him to be innocent and his defence lawyers and anyone else who dared to suggest even timidly that natural justice principles should apply (including poor old isolated Labour MP Tim Barnett), and fought tooth and nail through the courts for another 2 years to deny him the right to know on what basis he was accused and did everything possible to have him returned to his torturers and death.

But sadly her comments were largely in support of the increased surveillance planned by Key in the interests of “national security”.

I should have known, for in cabinet she was always a supporter of more and more funding for the security services and NZ being part of Echelon. And the reaction to the Zaoui persecution and denial of natural justice to him was a law change, just as with Key and the GSCB, to make it impossible for a future Zaoui to escape his or her persecutors through asylum in New Zealand.

This tough-on-terrorism stance would have pleased those such as Bush and Blair who supported her successful bid for the UNDP job.

It is now important for progressive MPs (hands up please) not to go along with the farce of a government dominated Privileges Committee inquiry (and having chaired it for 3 years I know how the parties on it protect their own) and to demand a wide ranging, adequately resourced, fully representative select committee enquiry using all its powers to subpoena witnesses and documents.

The enquiry should examine the history of ours spy organisations, including those of the Police, military and other government departments and agencies, their accountability or lack of it to Parliament, what they actually do and who they spy on and for whom and to decide what actually is this beast the “national interest” and what should be the role of spying entities in a genuine democratically society and what safeguards should be in place.

The historical review will be of great benefit. In all the years of spying on New Zealanders, whether through steaming open envelopes, breaking into their houses as with anti APEC activist Aziz Chaudhury, or using the latest technological methods to hack the internet or bully providers to release private information, dangerous spies domestic or international have not been discovered who have been harming the “national interest”, however that term is defined.

But spied upon have been thousands of New Zealanders exercising their lawful right to advocate for social, political and economic reform. In the sights of the agencies have been trade unionists, peace activists (gasp!) supporters of various independence struggle, opponents of apartheid and environmentalists. The ideologues of the agencies, directed by National or Labour governments, have decided who is a threat to the “national interest”

The tiny and insignificant pro Soviet (very) Socialist Union Party was seen as a particular threat for excusing the human rights crimes and breaches of international law of Stalinism and shouting hip hip hooray for the glorious Soviet Union. They were infiltrated and surveilled for decades at great cost to the nation. No terrorist activities or criminal plots were uncovered. I actually feel pity for the many agents who must have been bored to death attending countless meetings where the finer details of Marxism as interpreted by Leonid Brezhnev would have been discussed for hours before a cup of tea was made.

Another political party, much bigger and influential, was pro US (very) and was its great cheerleader. That was, and is the National Party. The crimes of the US such as the illegal war in Indochina with deportation of populations (Stalin didn’t have this act to himself), destructive aerial bombardments of population centres, massive land and sea operations, political death squads and systematic torture, all in violation of the most important international conventions, were excused by this party which in government also sent soldiers to participate in the war crime.

Similarly the US orchestrated overthrow of President Sukarno and the deaths of up to one million Indonesians using a US trained and supplied military and armed fanatical Islamist gangs ( I wondered where the idea of setting up Bin Laden came from ) and their later illegal invasion of East Timor , the savage repression in Latin America under US guidance using death squads, torture and terrorism and the support for tyrants like Saddam Hussein when he was “our” good guy” , were given the thumbs up by this Party. But this was all in the “national interest” so there was no need for surveillance, legal or illegal.

So come on progressive MPs, call for the setting up of a genuine parliamentary enquiry into the security bodies, their functions and activities and their international connections. Aim to bring these bodies under democratic control so that both the rule of law is upheld and the real national interest and security are protected.

I live in hope.