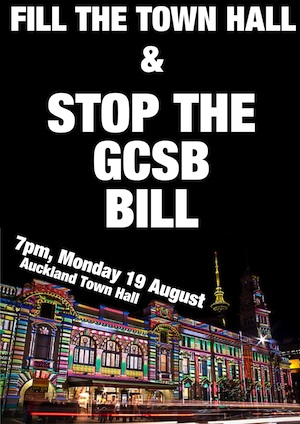 Brothers & Sisters – this is it!

This is the last chance to stop the GCSB Bill – Monday 19th urgent public meeting 7pm @ the Auckland Townhall. For those who can’t make it or who are outside Auckland, the meeting will be streamed live here on TheDailyBlog.co.nz.

We have a who’s who of speakers and that line up will be announced Monday.

Tell your children you were there to fight the mass surveillance state.