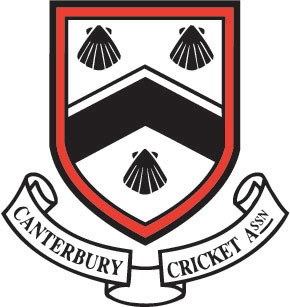 It was one of the most surprising – but least heralded – additions to the CCDU Blueprint. Buried on page 87 was a strip club. This wasn’t just to be any strip club, but a boutique gentleman’s club that would bring businesses and tourists to Christchurch and drive the regeneration of the city. Earthquake Recovery Minister Gerry Brownlee said that this strip club would be the “jewel in the crown of the rebuild, and what better place to put it than in Cathedral Square.” While many in the city objected to this club being located in an area of such significance to Christchurch, Brownlee argued that it was “only 2% of the surface area of Cathedral Square, and no-one is really using it anyway. This will really add some vajazzle and pizzazz to the CBD.”

Asked who would fund the strip club, Brownlee shrugged his shoulders, before pointing in the direction of Mayor Bob Parker and saying “him, I guess”. Further pressed to provide an economic plan for the construction of the club, or modeling which would support the numbers of tourists claimed by the CCDU, a clearly tired Brownlee blurted out “look, there will be strippers, ok? Don’t you like strippers? Everyone likes strippers.” In the weeks following this announcement, a number of prominent strippers – most of whom had never even visited Christchurch, let alone lived there, made their support for the project known. The International Union of Dancers (IUD) announced their intention to host the opening of the Pole-Dancing World Cup at the club, provided construction could be completed by Valentine’s Day, 2015. Tournament spokesperson, Cheryl Kardashian, said that she was “very much looking forward to visiting Church Town”, before asking if New Zealand was part of Austria, then being helped out of the room by a concerned looking IUD minder.

So, unless you haven’t picked it up already from my sub-Civilian ability at satire, I’m taking the piss here. But … not that much. If you replace “strip club” with “cricket stadium” and “Cathedral Square” with “Hagley Park”, you have pretty much got the argument for Hagley Oval. It was announced in the Blueprint, despite no-one (outside of Canterbury Cricket) having asked for it. No-one has provided an economic argument for it, no-one has provided a detailed costing for it, and no-one has fronted up and said who will be paying for it. The Cricket World Cup’s decision to give the opening ceremony to Christchurch upon the condition that this ground be constructed is nothing short of blackmail.

A very short re-cap of the Hagley Oval proposal: Canterbury Cricket wants to take part of Hagley Park – public land which was set aside by an act of the provincial council in 1855 – and use it for a cricket stadium. They want to build up the embankment, build a pavilion and permanent light towers. As cricket is a big money, professional game, they want to charge tickets. However, they aren’t offering to buy the land – no, they want the City Council to build them a stadium, using ratepayer money, and then let them use it. They are advocating for a privatisation of the public commons – and they have the nerve to ask the ratepayer of Christchurch to pay for the improvements they are also demanding! The Cricket World Cup opening ceremony will be held there – no pressure – but ONLY if this new stadium is built on this piece of land. No other site in Christchurch will do.

How can they get away with this? Well, for one, Canterbury Cricket saw an opportunity in the aftermath of the quakes to try and do something that they’ve always wanted to do, but knew would be deeply unpopular. So it has gone in under Gerry’s unprecedented powers – did we give him wartime powers so he could build cricket grounds? But secondly – and this is why I used the strip club example – this is because SPORT. Apparently, sport is an intrinsic good, something which trumps normal planning decisions, laws, economic projections, community objection. If this was a strip club or an abattoir or even some less fortunate sport like lacrosse, this would never have even been considered. Canterbury Cricket seems to think if they wheel out some sporting celebrities – Richard Hadlee, Ian Botham, Mark Richardson, even Tony “backbreaker” Veitch – then we will forget that they aren’t a sport – they’re just another commercial enterprise, trying to make graft off of a tired, shell-shocked population. It’s a reprehensible combination of manipulation, blackmail and propaganda – and it must be stopped.