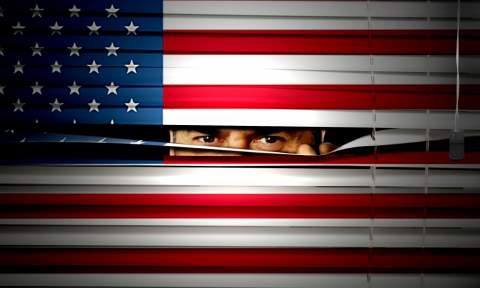 The US Embassy in Vietnam goes on to state,

“Fundamental freedoms apply online just as they do offline,” the embassy said in a statement. “We are deeply concerned by the decree’s provisions that appear to limit the types of information individuals can share via personal social media accounts and on websites.”

Yes, of course our American cuzzies want the Vietnamese people to allow ”  information individuals can share via personal social media accounts and on websites”.

Then their National Security Agency (NSA) and Britain’s  GCHQ can mine that data via their PRISM,  XKeyscore, and god-only-knows what other systems are used to store data on citizens.

Source: The Guardian – XKeyscore: NSA tool collects ‘nearly everything a user does on the internet’

The government of Vietnam is right to be concerned with what it’s citizens may put online. With British and American spy agencies trawling the planet for information, it is now a matter of national security that nations protect themselves from this illegal spying.  The internet poses a real danger to victims of this rampant,  out-of-control spying.

The sheer hypocrisy of the US Embassy when it piously states that    “Fundamental freedoms apply online just as they do offline” is breath-taking in arrogance.

It’s like Big Brother throwing a tanty when someone refuses to share their personal information, thus thwarting the spooks who are patiently waiting to hoover up the data.

Meanwhile, the Opposition parties, led by the Greens, have succeeded in stalling the passing of the GCSB and Related Legislation Amendment Bill for two weeks.

Their ‘filibustering’ has successfully stalled the passing of the Bill, as this Radio NZ report explains,

Legislation covering the Government Communications Security Bureau won’t pass all the way through Parliament this week as had been hoped by the Government.

The bill is now in its committee stages, where MPs debate it clause by clause.  The opposition has employed delaying tactics since Question Time on Tuesday afternoon.  An urgent debate on the Fonterra contamination scare delayed the debate further.

The Government will have to wait at least two weeks to pass the controversial legislation.

This gives opponants to the GCSB and Telecommunications (Interception Capability and Security) Amendment Bills an opportunity to grow opposition and to educate the public what is at stake.

As for Peter Dunne, who is complaining about protesters targetting his home – my sympathy for him is zero.

Protester, Ariana Paretutanganui-Tamati is 100% quite right when she says that their presence is to  “to give him a taste of what it feels like to have your privacy intruded on“.

Do the right thing, Mr Dunne – vote the Telecommunications (Interception Capability and Security) Amendment Bill and  GCSB and Related Legislation Amendment Bill down.

It’s the decent thing to do.

You still have time.